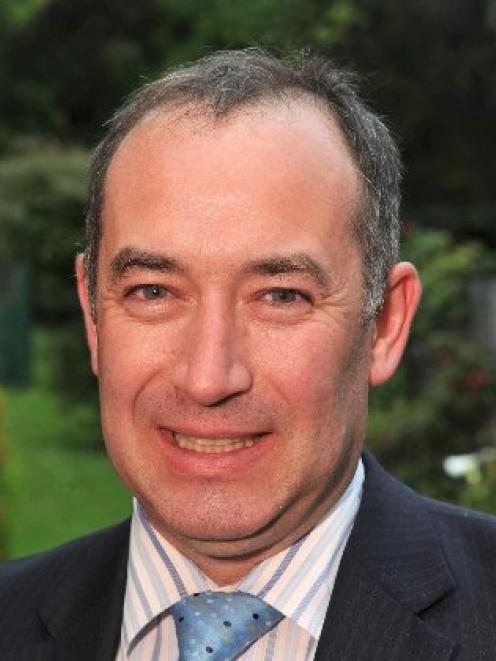 The company's latest draft statement of intent shows Dunedin Venues Management Ltd (DVML) has gone from predicting a profit of $10,000 in 2014-15 to predicting a loss of $1.4 million.

The new information leaves the Dunedin City Council once again scrambling to find savings to plug the $1.4 million gap if it wants to stay within its self-imposed 3% rates rise limit for 2014-15.

Ratepayers should expect an increase in stadium-related rates after that as DVML's losses are expected to continue, with a $1 million loss forecast for 2015-16 and a $1.4 million loss for 2016-17.

Last month, company chairman Sir John Hansen warned the projected profit for 2014-15 was gone, as no rugby test was booked at the stadium for that year.

Yesterday, he said the dramatic turnaround reflected not only the lack of a major event but the reality of the cost of operating the stadium, following a board review of income and expenditure.

''It could be called a 'rethink' of the original budgets.''

He would not criticise individuals for the situation, saying the original budgets had been produced, peer reviewed, and then accepted by the council.

''We were instructed to work to a budget that had certain figures for maintenance and income and such like, that our operation over two years has shown to be very optimistic.''

They were much more realistic around both income and expenditure, particularly expenditure, and would dovetail into the review Dr Bidrose instigated last month to find a long-term solution to how the stadium was financed.

He said the stadium was still in a strong position to attract test matches, but the DVML board now viewed it as optimistic to think Dunedin would get one or two concerts each year at the Elton John level.

''It is also optimistic, because of the lack of infrastructure, to be able to expect to get Springsteen or the Rolling Stones, to be honest,'' Sir John said.

''We've got to concentrate on the ones we do well, which is the Paul Simon-sized concert.''

He said he hoped to announce a new chief executive for DVML in the next week.

''I can tell you they will be someone with a very strong event acquisition and marketing perspective.''

The financial loss situation should not come as a surprise to many, he said.

''I'd expect the people opposed to this from day one would say the expected things, and that's fair enough. I think most people have seen what's gone over the past few years and understand where we are at.''

The company was still tracking for a small loss this financial year, as two or three events planned for December and January did not happen, but staff were at present negotiating an event for Easter that he hoped would be announced ''quite soon'', which ''might make up for it''.

Mr McKenzie said with a realistic budget in place, council staff would now work on options for how the stadium could be funded and operated into the future.

Dr Bidrose said whichever model was chosen, the stadium was ''undoubtedly'' going to cost ratepayers, who are already paying $9.25 million a year towards the stadium, additional money, although that was unlikely to start from next year.

It was highly unlikely a new funding and operating model based on the realities of the stadium's costs would be in place before the council's 2014-15 budget was signed off, so it was up to staff to find DVML's $1.4 million shortfall within its existing budgets.

Staff had expected another loss and were already looking into where the money would come from. She planned to report back to councillors during their deliberations on the final 2014-15 budget in May.

Council had had to make efficiencies to cover stadium shortfalls for the past two years, leaving little wiggle room, but it would be done, she said.

''[Councillors] want us to live within our means. My job is to make sure we do and and advise how we can, and that's what I'm going to do.''

Dunedin Mayor Dave Cull said the results were no surprise, and backed up Dr Bidrose's position that things could not carry on as they were, with DVML asking for extra money every year, and a review was required.

He looked forward to hearing how the situation could be dealt with in the long term.