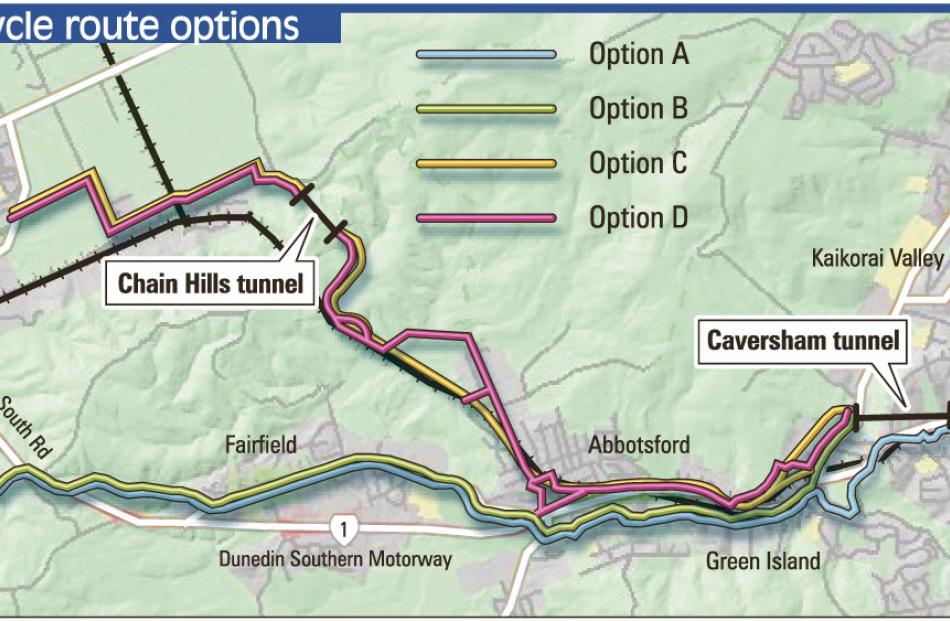 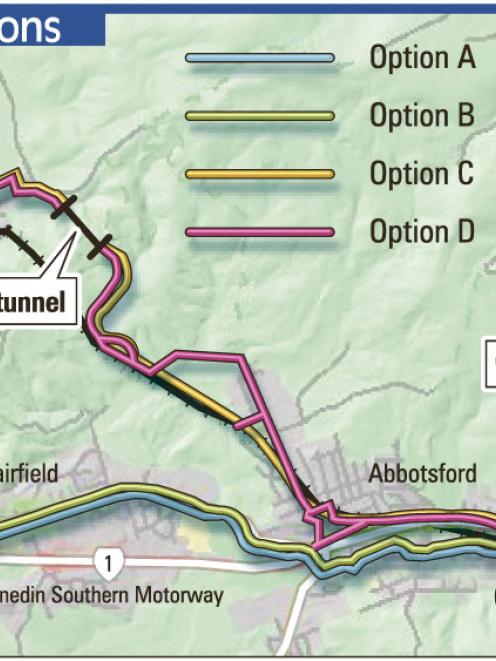 southerncycleway_jpg_4ce0663e07.jpg
The Dunedin City Council today faces a decision on yet another multimillion-dollar project, at the same time as it grapples with ways to curtail mounting spending and debt.

The latest project, though, opening the Caversham railway tunnel to create a cycle link with Mosgiel, has popular support, fits in with policies on sustainability, is environmentally sound, and could add to a valuable tourism resource.

It has been identified as the "missing link" of Otago cycling routes, and supporters say it will also bring economic benefits in future from tourism, health benefits from cycling, and cost savings from keeping cars off the road. 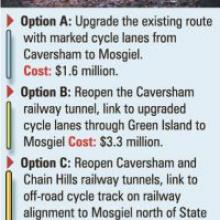 At what is the first committee meeting of the new council, the planning and environment committee will today consider the Southern Cycleway Project Feasibility Report.

The report, from Opus International, was released in August, with the objective of encouraging cycling by providing a flatter gradient, additional recreation amenity and a safer route to the South.

Council staff have suggested the committee chooses "option B", a $3 million project that would reopen the Caversham tunnel, and improve cycle lanes to Green Island and Mosgiel.

There has been growing public support for more cycleways in Dunedin in the past few years, particularly during the public consultation phase of the council's annual plan.

The 2009 plan attracted 100 submissions on the subject, amid concerns about peak oil and climate change, and the need to reduce Dunedin's carbon footprint.

Dunedin Tunnels Trail Trust spokesman Gerard Hyland has been lobbying the council to open two former railway tunnels, which he has said could link Dunedin to the successful Otago Central Rail Trail, attracting tourists to the city.

But the council is under intense pressure to make savings, with revelations last week council managers were under pressure to help find $6 million in savings and slash next year's forecast 9.1% rates increase by two-thirds.

The Opus report provides four options for consideration, and suggests "option A", the most limited response, as the preferred option.

But a report to the meeting from acting transportation planning manager Lisa Clifford said while the project was unfunded, and it was unlikely the New Zealand Transport Agency (NZTA) would provide funding, her department "invites council to consider the benefits of option B", and approve further detailed investigation.

"In addition, it is requested that the council work with community groups to investigate option C as a longer-term solution to be considered at the January council meeting."Ms Clifford last week said there was no money in the council's budget for the work, and she had received feedback from the NZTA which made clear it was "highly unlikely" to help.

She was unaware of other government funding schemes, but: "That does not preclude us looking for other options."

Mr Hyland said the council recommendation was "a great start, it really is".

He said the costings needed to be looked at carefully, as those in the feasibility study might show the outer limit of what would be required.

He still hoped for NZTA funding, as that organisation's focus needed to be wider than "tar seal for cars", and should include infrastructure for other forms of transport.

His group was keen to help through voluntary work or fundraising.

On the issue of the council's drive to save money, he said there were benefits not readily apparent on a balance sheet, including the economic return from tourism.

Planning and environment committee chairwoman Cr Kate Wilson said nobody would want to cycle up the Caversham highway to Lookout Pt once it was developed into a four-lane road, and, in that context, option B was the best option.

Cr Wilson said she was "positive", with the goodwill of the people who came to annual plan meetings, help from the Dunedin Tunnels Trail Trust, the council and the NZTA, the project could have a future.

"Can we work collaboratively rather than at loggerheads?" she asked.

"Can we do it without the council doing the whole thing?"