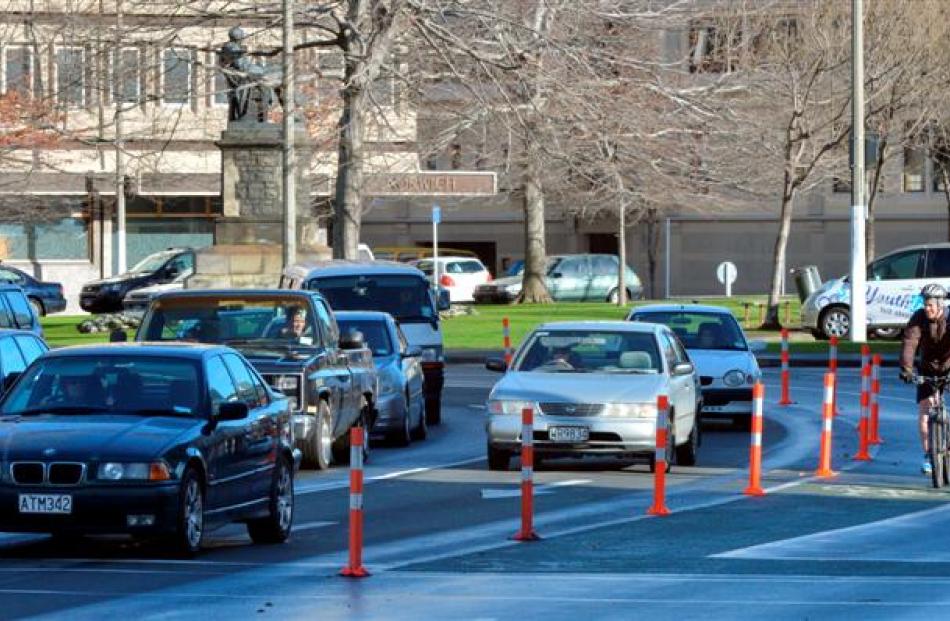 Cycle lanes in lower High St have been marked out to protect cyclists from motorists changing lanes. Photos by Gerard O'Brien. 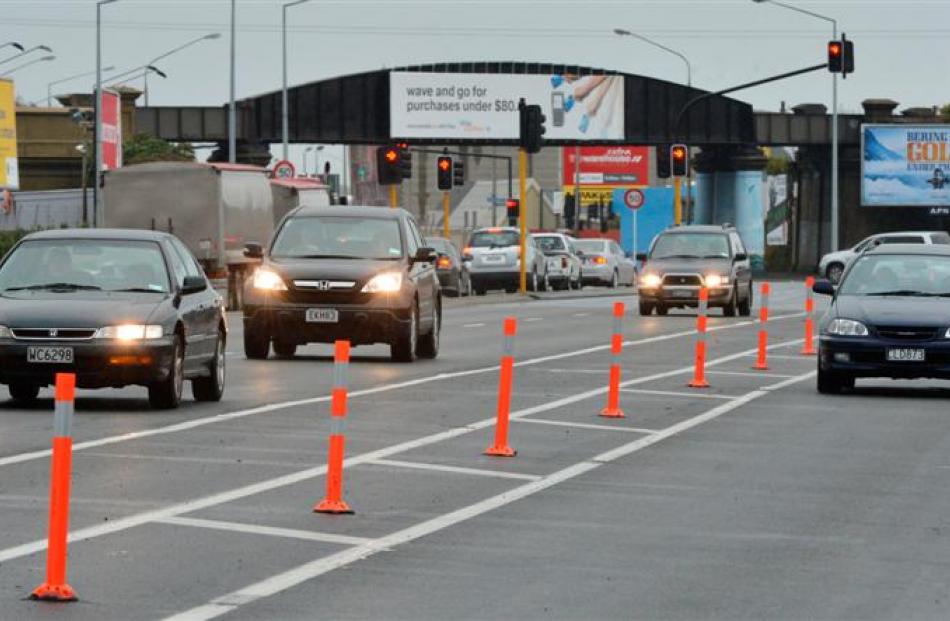 Cycle lanes on Andersons Bay Rd marked out by cones.

New markers are appearing along cycle lanes on the one-way State Highway 1 roads through central Dunedin as part of changes to keep cyclists safer.

The markers, the same as those installed near the Leviathan Hotel earlier this year, are intended to provide protection and define cycle lanes at ''weave areas'', where vehicles change lanes across the cycle lane.

On the State Highway 1 northbound one-way system they have been installed at Andersons Bay Rd (past the Oval) and in lower High St from Rattray St to Dowling St in the past few days and are to be installed in Cumberland St outside the Countdown and New World supermarkets.

On the southbound SH1 one-way they are to be installed from Toitu Otago Settlers Museum to the Jetty St bridge ramps.

All work will be completed in June.

New Zealand Transport Agency project manager Simon Underwood said the changes had been tested on a heavy vehicle, which was able to make the turns required, indicating lighter traffic should be able to cope with them, too.

There could be a short ''learning curve'' for motorists while they got used to the new markers, he said.

The measures are part of a wider project to improve cycle safety, after two cyclists were killed in cycle lanes on SH1 in Dunedin.

Along with widening some parts of the cycle lanes, altering the Anzac Ave-SH1 intersection, and parking changes they are believed to be the best improvements that can be made in the short-term to improve the safety of those using cycle lanes on the one-way system.

Long-term improvements are still being worked on.

The NZTA is responsible for widening the cycle lane, installing markers and changing the Anzac Ave intersection, all of which is costing $450,000.

The parking changes are expected to cost the Dunedin City Council $11,000 to implement and will reduce annual parking revenue by $50,000.

The parking changes along the one-way system, already agreed by the council, will begin in July. Consultation on further changes continues.