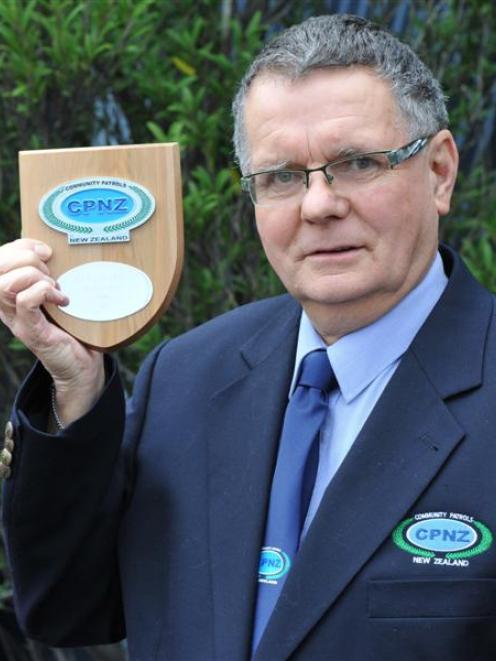 He said it was a surprise because he thought he always knew exactly what was going on.

''When people get these awards, it's easy to think `that's great', but when it's you, it's a bit different. But it was an honour to receive it. It's nice to be recognised within the organisation with the second-highest award possible.''

Mr Hopkins is an original member from 2002, when the SDCP was launched to watch for unusual or suspicious activity in South Dunedin streets.

Since then, he has held several positions, including national CPNZ deputy chairman, which he stood down from last year. He is one of six CPNZ trustees. He still patrols at least once a month but said the average age of patrollers was dropping.

Mr Hopkins has no plans to give up anytime soon.

''I want to keep going while I can. It's great being involved and seeing what's going. I'm still keen to patrol.''