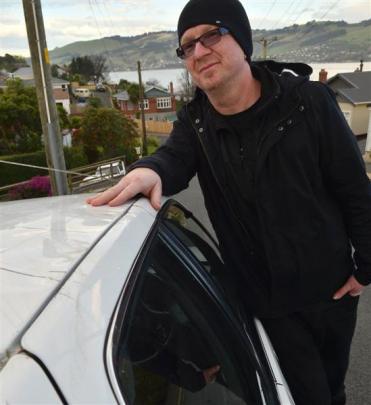 Dunedin resident Uli Ludemann with his Honda Accord, which was damaged by iron blown off a Dunedin City Council-owned building during strong winds on Tuesday. Photos by Peter McIntosh. 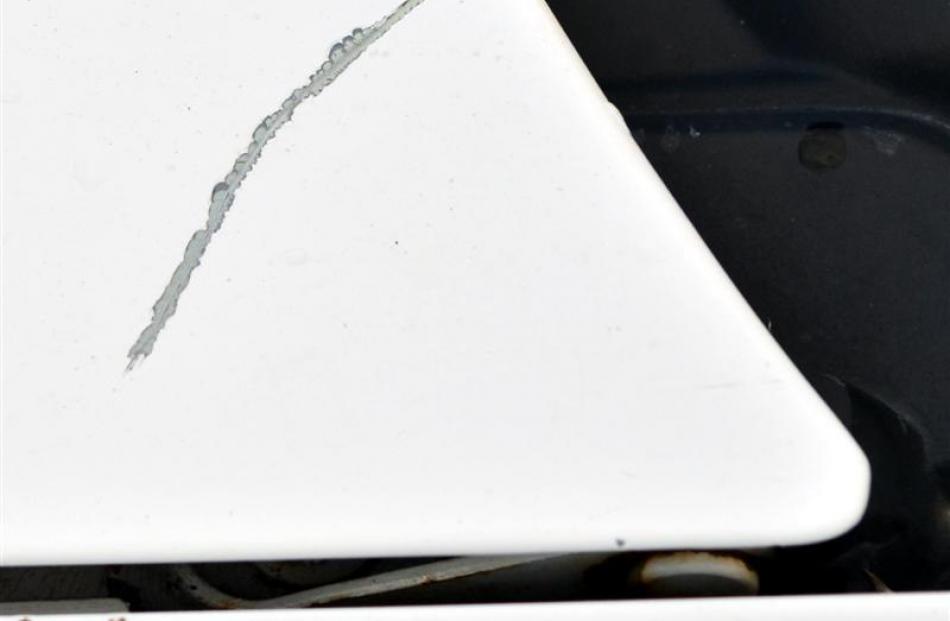 A large scratch on the bonnet. 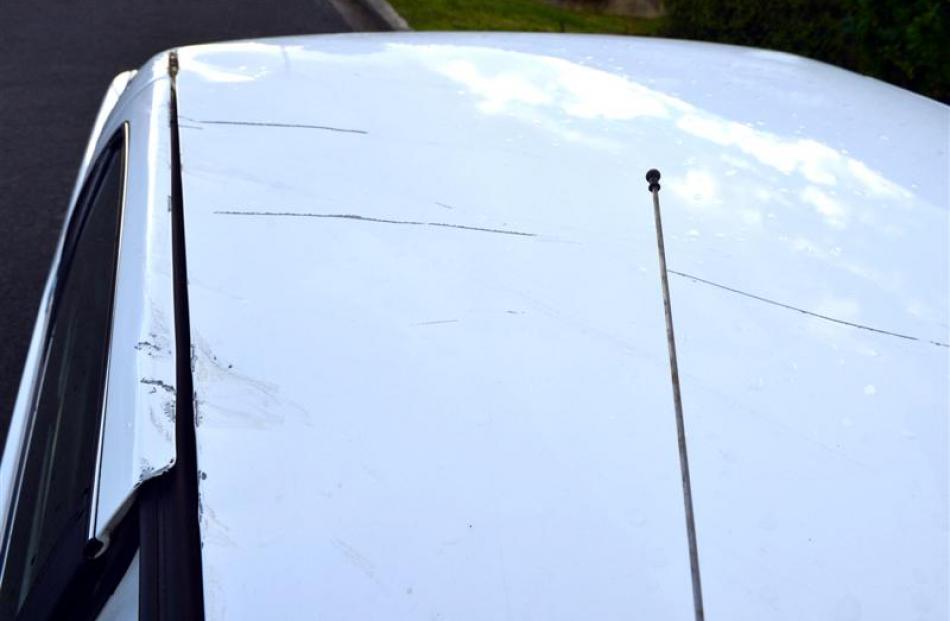 Dents and scratches on the roof.

Vehicles damaged by dislodged parts of a Dunedin City Council building must be repaired at the owners' cost.

At least six vehicles parked in Parry St on Tuesday were scratched and dented by sheets of iron and other material blown off the council's building at 20 Parry St.

Uli Ludemann was told by a panel beater the damage to his 1989 Honda Accord would cost more to repair than the car was worth. Every panel of the vehicle had been scratched and many panels dented.

Mr Ludemann had only third party insurance for the Honda because it was a ''relatively cheap car'', but he was disappointed the council seemed to care little for his plight.

''When I rang the council to ask if its insurance would cover the cost of repairs, I was told the damage was caused by an act of God and the council had nothing to do with it. There was a complete lack of good will,'' he said.

''If I owned a building and part of the roof blew off and damaged something, I would be liable,'' Mr Ludemann said.

He questioned the structural integrity of the council-owned building, which was leased by SRS Dunedin.

Company employees' vehicles were also damaged, and received the same response from the council in relation to insurance.

An employee, who asked to remain anonymous, said he was told by the council the damage had been an act of God and he would have to use his own insurance to cover repairs. He had insurance, but was also unimpressed with the council's response.