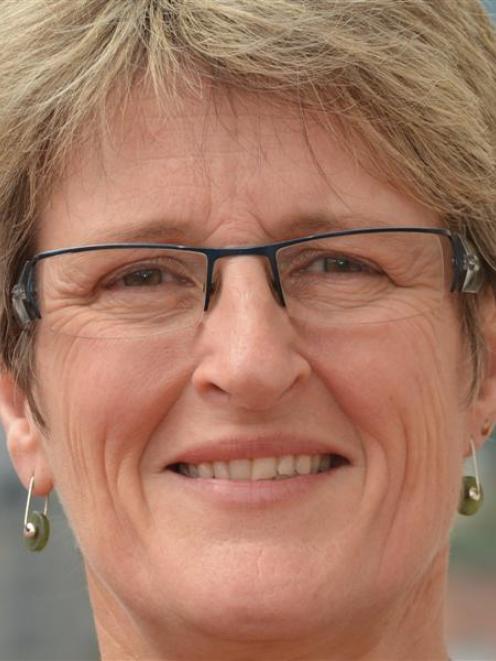 Sue Bidrose
The Dunedin City Council has offered a public apology and a $50,000 payout to settle a long-running dispute with the owners of a quarry over mislaid information.

It came after Mrs Scurr tried repeatedly, but without success, to obtain information held by the council relating to the resource consent for the company's Kilmog Quarry, north of Dunedin, between 2008 and 2011.

The information emerged later from deep within the council's paper filing system, but only after the couple had been forced to stop a sale process and seek a new resource consent, and were warned of the potential risk of a prosecution.

They had also accrued more than $200,000 in costs as a result of the time-consuming battle, which threatened to leave the business ''cleaned out'', Mrs Scurr told the Otago Daily Times last year.

Yesterday, Mrs Scurr said she was satisfied to receive the ''full and final'' settlement, although it would go only partway towards recouping the couple's costs.

''We are satisfied with the outcome. It would be better if it had never happened . . . It was very, very expensive and stressful,'' she said.

Dr Bidrose yesterday acknowledged mistakes made by council staff in mislaying the ''crucial'' information and she was ''profoundly sorry''.

''This is a mistake that should not happen to a ratepayer of this city,'' Dr Bidrose told the ODT.

The missing information related to an earlier resource consent, issued in 1998 to the quarry's previous owner, which council staff said showed the quarry was limited to extracting no more than 5000cu m of rock a year.

A copy of the consent was found, but did not mention the 5000cu m limit, and Mrs Scurr was repeatedly told no record of any other information could be found.

In its absence, the company had continued to extract up to 15,000cu m in some years from the site, until the information suggesting the much lower limit finally emerged from inside the council, staff said.

The couple then sought a new consent in early 2012, to ensure they were operating legally and to future-proof the business.

That prompted the couple to appeal to the Environment Court, leading to further negotiations and a deal allowing up to 50% of the unused rock extraction quota to be carried over from one year to the next.

Yesterday, Dr Bidrose acknowledged the missing information relating to the quarry's original consent had been ''crucial'' to the process that followed.

A council staff member had ''departed from our normal filing standards'' by filing paper information relating to the quarry's consent under a resource consent number, rather than a street address, she said.

That was because the quarry was spread over more than one property, and the staff member had been unsure which address to file it under, she said.

However, it meant the information was left ''in a place no-one else thought to go look for it'', and other council staff checking the paper files under the street address drew a blank for years, she said.

''This wasn't deliberate [or] malicious. This was having an old system with lots of paper files, and filing it unusually.''

The council had a large quantity of old paper files, including those dating back to before amalgamation, but was now devoting more resources to converting them into digital form, she said.

''This will take some time - years - but we're starting with our high-risk areas and trying to make sure this won't happen again,'' she said.