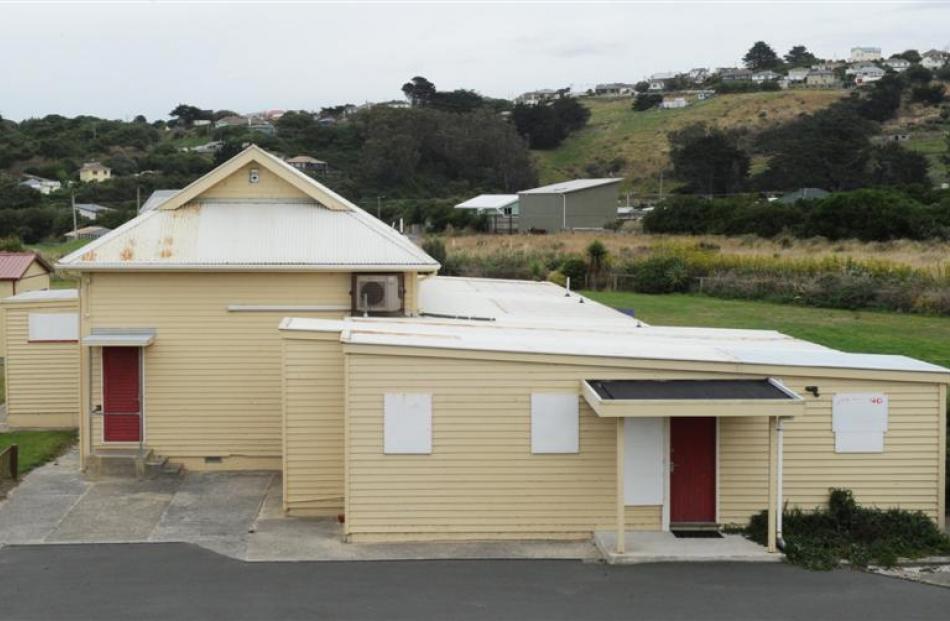 Tomahawk School has been bought by the Dunedin City Council as part of a long-term plan to protect the city's coastline from erosion. Photo by Gerard O'Brien.

The Dunedin City Council has bought land and buildings at Tomahawk School, to safeguard the city's coastline.

The property, formerly owned by the Crown, was sold to Ngai Tahu Property earlier this year and then on-sold to the Dunedin City Council for about $300,000.

"We feel it's important that council own the land in terms of safeguarding coastal protection in the future.

"It's a key piece of land for coastal protection from erosion and global warming."

Potential uses for the property were still to be determined, but it was likely the long-term Ocean Beach plans for tackling erosion would have an impact on the property, Mr Reece said.

For the time being, the school buildings would remain on the property, he said.

While $300,000 did not seem like a lot of money for the size of the property, Mr Reece said it had been a large financial outlay for the Dunedin City Council.

"It has pretty much exhausted our reserves funds, but it was an important acquisition for council."

A Ngai Tahu Property spokeswoman declined to say how much the property was sold for.

Despite several requests for the information from the Ministry of Education over the past three days, the figure has not been provided.

The Otago Daily Times has now lodged an Official Information Act request to get the information.

Quotable Value New Zealand Ltd valuations of the property on the Dunedin City Council's website show land was valued at $180,000 and capital was $400,000 as at July 2010.

The school was closed by the Ministry of Education in April 2010 as a result of declining rolls, and the property was sold as part of the ministry's five-step process for the disposal of Crown-owned property.

The disposal process is largely determined by the requirements of the Public Works Act 1981, which requires surplus property to be offered to other government departments, previous property owners and local iwi, before being placed on the open real-estate market.