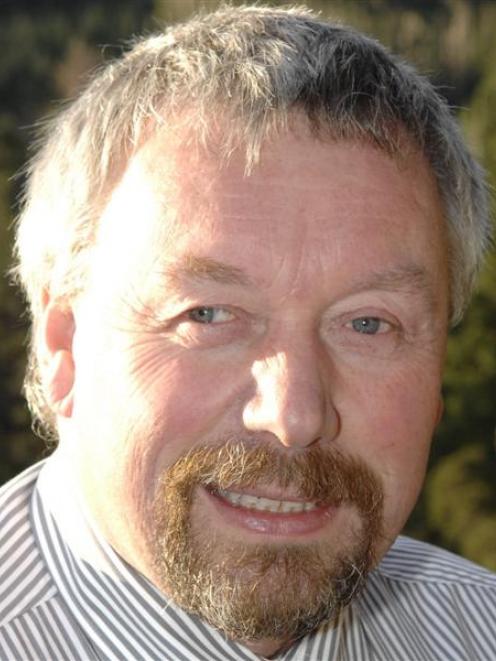 Neville Auton
The Dunedin City Council is "open to the idea" of buying electricity from a community group planning to erect a $5 million windmill cluster in Blueskin Bay, and is investigating if such a move would be viable.

The Blueskin Bay Energy Trust plans to erect four turbines capable of generating 5.2GWh of energy each year on Porteous Hill, which is above the village of Warrington.

The trust's project manager, Scott Willis, said the plan, which would cost about $5 million, was at a key stage in its development, and in September the trust would be asking how much the 1000 or so homeowners in the Blueskin Bay area would be willing to invest in the project.

The trust was also seeking a memorandum of understanding with the council, which could see the council buying electricity produced by the turbines to power council-owned infrastructure.

Council energy manager Neville Auton said the council was "open to the idea" of buying electricity from the trust.

The council had done some preliminary work to see if such a move would be viable and Mr Auton was preparing a report to the council, which, if approved, would lead to a more thorough investigation. The report would probably be finished in the next couple of weeks, Mr Auton said.

Among the issues the council was looking at was whether buying electricity from the project would be financially viable.

"We don't want to be imposing additional costs on the ratepayer on the basis that we are buying electricity at a higher rate than we can buy it off [other providers]."

However, he said the council was keen to support what was a "great concept".

Mr Willis said if the trust was able to sign a power purchase agreement with the council, it would eliminate some of the risks associated with trading on the electricity market, which was designed for large-scale generators.

The project aligned with the council's sustainability focus, and the concerns about climate change and peak oil identified in its draft spatial plan, he said.

He said the project was progressing well, and "more than a year" of wind data collection at Porteous Hill had shown erecting wind turbines at the site was financially viable.

If completed, it would be the first community-owned wind turbine cluster in New Zealand.