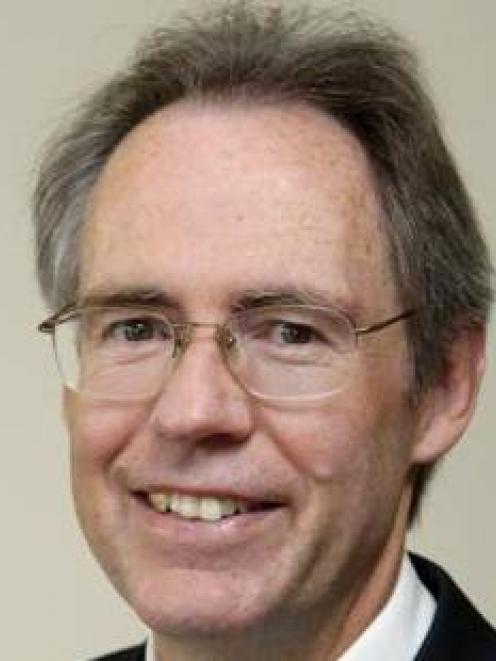 Jim Harland
As Dunedin ratepayers face an 8.7% rates increase for the next financial year, and an even steeper increase the following year to pay for a list of multimillion-dollar projects, a four-person team has interviewed every manager at the Dunedin City Council, asking them to justify their spending.

Some of the resulting council debate on finances early next year will be held behind closed doors, with the usual three-day budget hearings cut to one day and "workshops" for councillors to make up for the shortened time frame.

In response to rumours the council was scouring its various departments in search of savings, council chief executive Jim Harland said the usual budgeting work this year was more intensive, as the city began to face the bill for its capital projects.

Those include the $109 million of loans the council is putting towards the Forsyth Barr Stadium, the $104 million Tahuna outfall and secondary treatment plant, $45 million for the Dunedin Town Hall and Dunedin Centre upgrades, and other projects on the council's books.

But he scotched rumours there would be cuts to core services, and that the council was in financial difficulties.

That forecast relies on no major new capital works being desired or required.

The agency noted the council's credit quality was underpinned by its track record of strong management and fiscal discipline and "benefited from minimum legal limitations in regard to increasing its property taxes".

The council's draft annual plan meetings are due to be held in January, with public hearings in early May.

Managers had to justify the timing of capital programmes and their operational expenses and consider what could be deferred, and how to get more out of non-rate-based sources.

The results had been presented to a councillors' workshop, and there had been changes to the forecast rates increase for the the next three years as a result.

Asked why there was additional use of workshops rather than public debate on the budget, he said the 10-year long-term council community plan was already in place, and the council was considering just the next financial year.

As well, some changes to the timing of projects, such as the Tahuna outfall and the harbour-side redevelopment, had already taken place in committees during the year.

"Because of that, there's not the need for as much time in January."

Councillors spoken to yesterday were supportive of the plan to hold a one-day meeting, and a streamlined process they described as more focused.

The financial situation in New Zealand meant better contract prices and greater competition in the marketplace, but councillors also needed to be aware of ratepayers on fixed incomes.

"There is some concern about their ability to pay.

"The council is mindful of that."