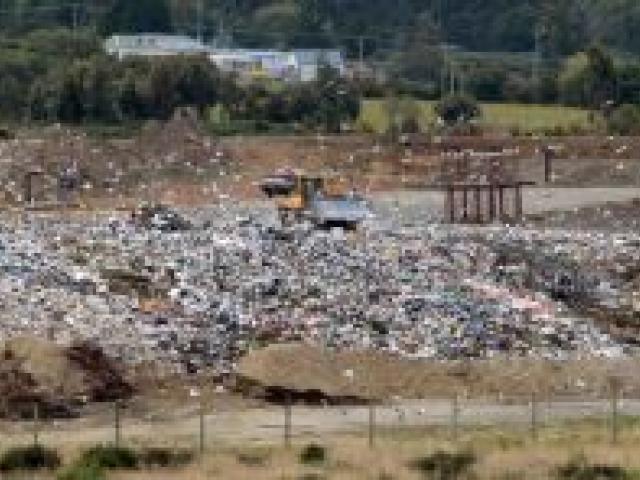 The Green Island landfill. Photo by Gerard O'Brien.
The Dunedin City Council has received five expressions of interest as it continues to explore a possible private-public partnership to manage the city's landfill.

However, council staff are remaining tight-lipped about where the interest is coming from, and refusing to say whether companies from outside the city - or the country - are keen to get involved.

Council water and waste group manager Laura McElhone would not be drawn on details of the submissions at this stage.

''We just have to be very careful when we have a competitive process in train in terms of what information we put out.''

Asked specifically whether interest was coming from outside the city, or the country, she would only say: ''We have received five submissions.''

Mayor Dave Cull, the chairman of an advisory group monitoring landfill issues, said he was yet to receive an update from council staff on the interest.

The call for expressions of interest came in December, when the council confirmed it was investigating a possible private-public partnership to manage the landfill at Green Island.

It was also studying options for waste management beyond 2023, when the city's consent for the Green Island landfill expired.

Any decision was expected to be months away, and public consultation would be required, after council staff refined options and requested formal proposals from potential partners.