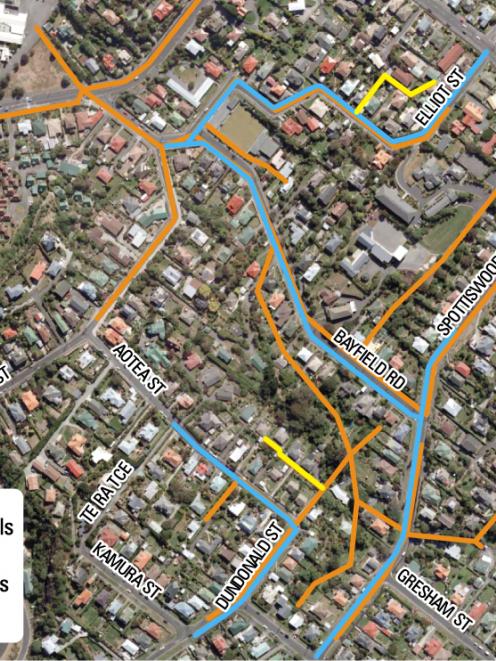 The council is to spend $4 million in the central suburb renewing the 100-year-old pipelines over the next year.

Most of the pipes were under roads or on footpaths, but some pipelines passed through private properties, council water and wastewater capital delivery team leader Martin Hildreth said.

He believed about 70 properties would be affected.

Those owners/occupiers would be contacted soon, before any work began, and affected areas on the property would be reinstated.

The construction work would involve excavation, but, where possible, other methods which did not involve trenches would be used.

Pipelines were renewed routinely, the council spending about $7 million each year on such work, but usually the work was spread across the city rather than concentrated in one area, Mr Hildreth said.

However, in this case a major, staged replacement programme, using more than half the annual renewals budget, was scheduled, following an area-wide pipeline inspection.

Some urgent spot repairs had already been done.

The opportunity was being taken in some cases not only to replace pipes, but to upgrade to larger pipes to address issues such as blockages, low flow and low pressure in some areas.

Tenders for the work would be advertised this month and let in September.

Work was scheduled to begin in October and should be completed by the end of June next year.