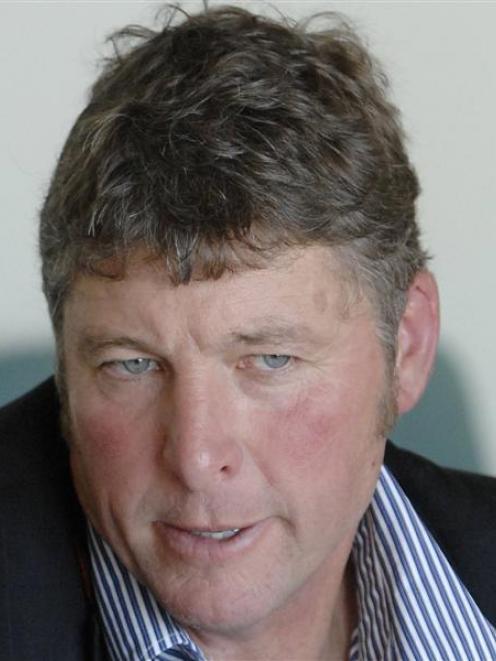 Andrew Noone
The Dunedin City Council faces a "pretty major" decision when plans for the management of the city's $1.6 billion water network are finally revealed, Cr Andrew Noone says.

Cr Noone is the chairman of a council working party that has - since January last year - been scrutinising alternative proposals for the future of the network.

Options included the creation of a council-controlled organisation (CCO) to manage the network, as well as a bid late last year by another council company, Delta, to provide the council's water services instead.

Both were designed to streamline the system and promised significant financial benefits, while a third option would see water services remaining in-house while the council focused on improving the way the operation was run.

And, 18 months on, Cr Noone confirmed yesterday the working party's report was expected to be presented to the finance, strategy and development committee on October 17.

"It has taken a fair bit of time, but to be fair this decision is pretty major.

"It's a major decision for the council. It involves a big chunk of the operation, not only in monetary terms but in staff terms as well, and we want to make sure we get it right," he said.

He would not be drawn on the working party's findings, but working party member Cr Jinty MacTavish, who earlier criticised the CCO and Delta proposals as "two crappy options", hinted at some sort of compromise.

She would not confirm the outcome, but said working party members had worked through the issues "collaboratively".

"The recommendation that's coming back, I think I'm happy with," she said.

A council staff report prepared last year had estimated the efficiencies of a CCO model could save the council up to $12 million over a decade.

Delta's late bid, presented a year ago, envisaged creating a CCO to hold the council's water assets, but using Delta to provide all the CCO's services - helped by the transfer of 100 council staff to Delta.

It was estimated that could provide a $50 million revenue boost for the company, savings of $2 million to $3 million a year across the Dunedin City Holdings Ltd group, and a $3 million to $5 million jump in annual dividend payments to the council.

Cr Noone said at the time the idea appeared to have merit, but financial estimates remained "raw" and "untested".

Yesterday, he said the numbers "haven't really been revisited in any detail", but proposals had been peer-reviewed by external consultants as part of the working party's work.

He would not be drawn on their findings ahead of the report to councillors in October.

However, asked if public consultation would follow, he said that would depend on the decision of councillors at the meeting.