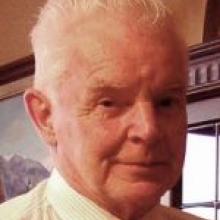 Calvin Oaten
A longtime opponent of Dunedin City Council spending policies says he is feeling vindicated by what he says is evidence of poor financial decisions by the organisation.

But council critic Calvin Oaten says questions still remain about why it took so long to uncover the extent of the problem.

On Friday, Dunedin Mayor Dave Cull announced council companies would not be able to come up with $8 million of dividends to help pay for multimillion-dollar spending in the past few years.

That level of dividend was supposed to have come in annually over the next few years.

Mr Oaten said on Saturday he felt vindicated for statements he had been making since as far back as 2005.

Mr Oaten has criticised the council in opinion columns and letters to the editor for what he has described as "a tsunami of debt", particularly related to the Forsyth Barr Stadium.

"I think it's amazing that it's taken so long," he said of Friday's announcement.

He said he believed the council was in "deep, deep trouble", and was concerned he was yet to hear what the solutions to the issue might be.

He said there were "multiple" people responsible for a problem that "didn't creep up overnight".

His concerns about Dunedin City Holdings Ltd, the umbrella holding company in charge of the city's trading companies, went back to 2005, when former mayor Peter Chin and his council took an extra $10 million dividend to deal with rates increases, he said.

"They've been profligate spenders," he said of councillors.

The DCHL board had been "complicit", and it was wrong for a councillor, Paul Hudson, to be both chairman of the board, and a member of the council, which was the shareholder.