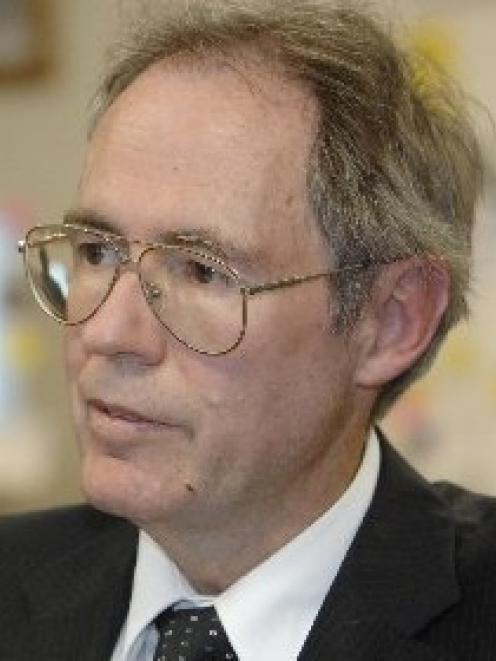 Jim Harland.
The Dunedin City Council is refusing to reveal how much it is charging the Otago Rugby Football Union to use Carisbrook, despite speculation it could be receiving up to $490,000 each year.

Council chief executive Jim Harland said when contacted the exact rent figure remained commercially sensitive, but was enough to cover the cost of servicing the council's $7 million loan for the Carisbrook purchase.

However, one commercial property valuer spoken to by the Otago Daily Times said that depending on the exact terms of the council's loan, it might receive as much as $490,000 per annum for the lease of Carisbrook.

Barlow Justice director and registered valuer Ah-lek Tay, of Dunedin, said the council's required return on its investment, in order to cover the cost of its loan, could be "in the order of around 7%" each year.

That could amount to $490,000 each year, depending on the exact terms of the loan, he said.

"As an investment, it's probably not too bad to have someone pay the holding costs in the interim, and the potential is there to do something with it in the future," he said.

His comments came after the council released copies of its sale and lease agreements with the rugby union to the ODT following a request under the Local Government Official Information and Meetings Act 1987.

However, the council withheld details of rent paid by the rugby union by blacking out the information in the documents.

Asked to confirm Mr Tay's calculations yesterday, Mr Harland declined to do so.

"The deal we have is no cost to the council, but I'm not going to disclose the interest rate or the actual cost to our tenant."

He also declined to reveal the loan's term, but stressed the council had negotiated a figure that "suits both parties" and was based on valuation advice.

The agreement covered outgoings, including the cost of servicing the loan used to buy Carisbrook, an adjoining car park and properties on Burns St, as well as "other related matters", he said.

He declined to say what the other related matters were when asked, and said the rent figure remained commercially sensitive as the council might want to lease the site to another party in future.

The documents released by the council included the terms and conditions attached to the sale and lease agreements, and showed the council had paid $6 million to buy Carisbrook and the adjoining carpark, and $1 million for the Burns St properties.

The deed of lease for Carisbrook combined a standard council contract with clauses unique to Carisbrook, including one allowing the council to sell the car park land with one month's written notice to the rugby union.

Mr Harland said the clause had been included to provide flexibility, as the car park site was a vacant industrial-zoned lot with potential for development.

Other clauses included one requiring the rugby union to maintain Carisbrook, and another confirming the council's indemnity from any associated costs should Rugby World Cup 2011 games be staged at the ground.

The sale agreement also confirmed the rugby union would keep Carisbrook chattels including whiteware, furniture, equipment - including a scrum machine - temporary seating on the terrace and the ground's goalposts.

Details of third parties with lease agreements and tenancies relating to the purchased properties were also withheld by the council.

Rugby union chief executive Richard Reid could not be reached for comment yesterday.