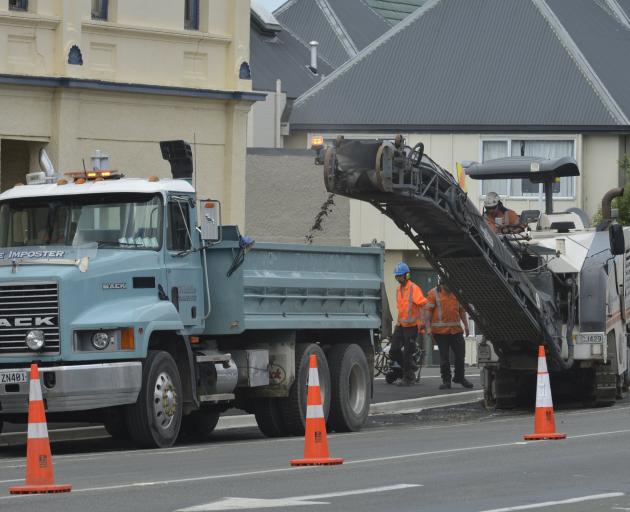 The company will take over the contract in May from Downer, which has held it since 2016. Photo: Gerard O'Brien

The company will take over the contract in May from Downer, which has held it since 2016.

Fulton Hogan had held the previous contract until 2016, when criticism of its performance cleaning mud-tanks across the city — which was disputed by the company itself — was followed by the decision to award the contract to Downer.

At the time, it was a three-year contract worth $45 million, and losing it prompted Fulton Hogan to make about 12 staff redundant.

Council infrastructure services general manager Simon Drew said all interested parties went through a rigorous tender process, ‘‘having to provide substantial evidence they have the skills, expertise and resources to deliver the required services to the city’’.

“The work to be done by the contractor is important for a major asset of the city.

“We’re pleased to award the contract to a local company which will make a significant investment in machinery, equipment and staff in order to meet the demands and expectations of our community.”

“The significance is even deeper for us, given that Dunedin is the birthplace of Fulton Hogan and that, during the contract, we’ll be celebrating 90 years since Jules Fulton and Bob Hogan began our business here in Dunedin.”

“While the contract is for 10 years, the council retains the right to reduce the term of the contract if Fulton Hogan is not achieving its key objectives and agreed performance measures, however, we are confident they will provide an excellent service.

“During the process, we made it clear that awarding the contract was not simply about the money but that quality of service was also important.”

Key factors of the contract included having support functions in place such as inspections, data capture and asset management, service delivery and what practices the company could incorporate to minimise the impact on the environment, upskill and train staff and, where applicable, involve local community groups and use local products, resources and materials.

Council transport delivery manager Josh von Pein said while Downer lost the contract, he acknowledged the hard work they had done over the past four years.

Downer regional manager Anthony van de Water previously told the Otago Daily Times that the outcome affected about 30 full-time staff, who were said to be ‘‘disappointed’’, but Downer was ‘‘working with those impacted . . . to help reassign them to roles within the wider Downer, Spotless and Hawkins family’’, he said.

Mr van de Water said the company would continue to work with the DCC, as an ‘‘important’’ customer, on other contracts and transport, infrastructure and facilities-related projects in the city.