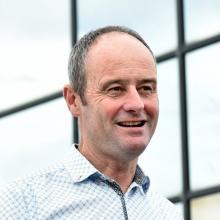 During the council’s 2020-21 annual plan deliberations yesterday, Cr O’Malley pushed for, and won, extra funding for Puaka Matariki Festival, which he said should be elevated to one of the "most important festivals in the city".

The council increased the funding for the festival by $20,000 to $58,500 next year after the council received two submissions asking for increased festival funding, including assessment of the council’s "cultural capacity" and a review of the personnel assigned to the festival.

Cr O’Malley said it was important to recognise Dunedin was "not just a Pakeha city"and that the council had been "underinvesting" in the festival.

Councillors also asked staff to report on how it could elevate the festival’s profile in its events calendar.

While several councillors said it could be a drawcard for the southern city and a way to differentiate the city among other New Zealand centres, Cr O’Malley warned his colleagues about the perception of commercialising the cultural celebration.

"You’ve got to be careful that you’re not doing cultural appropriation," Cr O’Malley said after yesterday’s meeting in the Fullwood Room, Dunedin Centre.

"I would say that we let mana whenua take the lead — I think that’s how we walk that line."

Cr Rachel Elder noted a lack of symbols of Maoridom in Dunedin.

Cr Carmen Houlahan said the increased investment in the festival could be seen as an important step in "strengthening the relationship" between the city and Ngai Tahu.

The funding agreed to yesterday was not directly tied to staffing.

This year, the Dunedin Puaka Matariki Festival will be celebrated online from July 13 to July 20, festival organisers announced last week.

Now is NOT the time to be spending ratepayers money like it's a never ending source, Cr O'Malley!!...You of all people should know the new economic reality many Dunedin citizens face.

If ANY group in Dunedin wants more ratepayer cash simply to fund a 'celebration'....The answer should be a resounding "NO"

I love the idea of many cultures celebrating in our city.

I also love the idea of them paying for their celebrations themselves.

This should NOT come out of MY pocket.