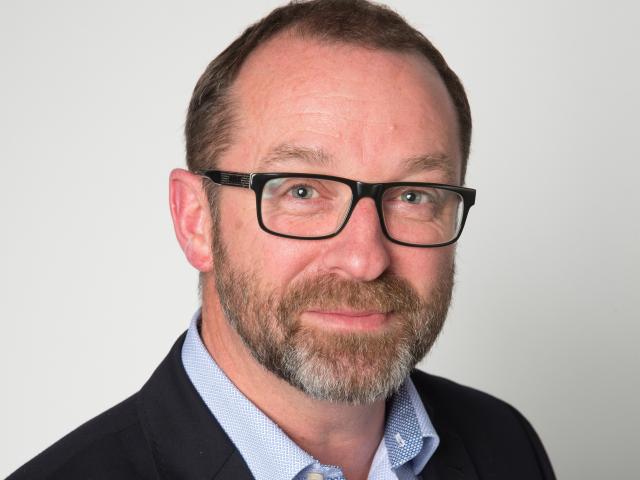 Delta chairman Steve Thompson yesterday announced Mike Costelloe would take over as chief executive of the company next month.

The announcement comes as Delta and Aurora Energy continue to implement changes recommended in a review by Deloitte, which included making the closely-linked companies stand-alone entities, with separate boards and chief executives.

The review came after Aurora, which owns the electricity network in Dunedin, Central Otago and the Queenstown Lakes area, came under fire for failing to properly maintain its network and, in particular, power poles.

Delta, which up until now had the same chief executive and board, is contracted to manage the network for Aurora.

''Mike will lead the next phase of Delta as an expert contracting services provider to its energy and environmental customers.

''His track record in the highly competitive contracting sector positions him well to drive Delta's future success, to prepare the organisation as it adapts to new energy technologies and to deliver to the exacting requirements of our customers,'' Mr Thompson said.

A Delta spokesman declined to reveal how much Mr Costelloe would be paid, saying it would be reported in its annual report.

Mr Costelloe, who lives in Dunedin, was not available for an interview but said in a statement he was looking forward to taking on a new challenge when he started on June 19.

''I have a real desire to build on the strengths of Delta's highly-skilled people and deepen its presence in its core markets of energy and environmental services.

''I believe Delta's existing customer partnerships and forward workloads are a sound basis for an exciting new phase that I am proud to lead.''

The two companies were following the recommendations in the Deloitte report and the separation would be good for both, given they had different interests, Mr Crombie said.

''Overall, I am very happy with the progress that has been made on the separation.''

Asked if the changes would mean less of the controversy which has dogged the two companies in recent years, he said: ''I don't know the answer to that.''

''I guess all I can say is that I am very confident in their sense of direction and where they are going.''

DCHL was also in the process of separating the two company's boards and appointing new directors.

From July 3, the Delta board would include Brian Wood and Trevor Kempton, who would both no longer be on the Aurora board and two new directors.

Mr Wood would be made transitional chairman of Delta for one year.

The Aurora Energy board would include chairman Steve Thompson and director Dave Frow, who would both no longer be on the Delta board, and two new directors.