The Dunedin City Council’s preliminary concept design for a one-way southbound George St aims to give increased priority to pedestrians and cyclists. IMAGE: DUNEDIN CITY COUNCIL
A plan to significantly transform much of Dunedin's main street has been approved by the city council.

The Dunedin City Council voted to endorse the preliminary design for a multimillion-dollar upgrade of George St yesterday.

Parklets, native trees and plants, street furniture, public art and cultural messaging would be placed along the street to make the area a more attractive place to visit. 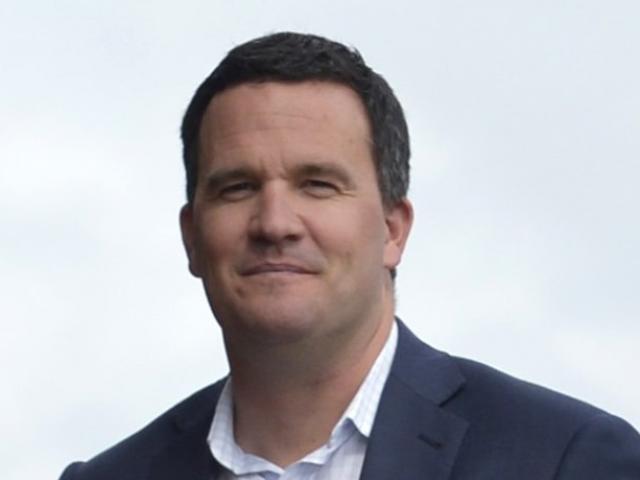 The plan coincides with a major upgrade of the infrastructure beneath the street.

Council transport group manager Richard Saunders said staff were aware of the need for parking and would investigate how to better use more than 3000 spaces in the surrounding streets.

There were also some very wide streets in the city which could be better utilised, such as using angle or 90deg parking, Mr Saunders said.

Questions were also raised about the impact on retailers.

Council principal urban designer Kathryn Ward said it was understandable retailers were concerned and change could be a challenge for smaller and independent retailers but the preliminary design was only the start of the conversation.

''We believe providing a specifically enhanced public space will attract people to the centre of the city and increasing footfall means more people in the street spending money,'' she said.

Physical work on the street was not expected to start until 2021 and would overlap with the start of the Dunedin Hospital rebuild project.

Cr Mike Lord worried the plan might turn Dunedin into a ''30-minute city'' if not done properly but supported the design, which he said could have been more pedestrian-friendly.

''If I come to the main street I'm looking for a shirt and meeting somebody for a meal or a coffee, so I can support this and to be absolutely honest, I think it could have gone further.''

Cr Lee Vandervis said he agreed with other councillors who said George St was the best main street in New Zealand, which begged the question why the council wanted to spend millions of dollars to change it.

''Where does the arrogance come from that you can tell the businesses of this city that they won't be hurt, when they do this for a living and that's what their whole professional experience is,'' Cr Vandervis said.

Cr Aaron Hawkins said his comments showed his ''extraordinary arrogance'' and the proposal was by no means radical.

Cr Marie Laufiso said the plans would make the street not just more accessible for pedestrians but also for local mana whenua.

''Mana whenua have constantly told us they're not being reflected in the heart of the city and this design remedies that somewhat.''

Councillors voted 12-1 to endorse the design. Only Cr Vandervis voted against it.

Mayor Dave Cull and deputy mayor Chris Staynes were not at the meeting.

Why the car hate city councillors? I'll believe you when you get rid of your own cars.
All those pedestrians you care about so much, got to George street in a car.

And that's a long street. Do you endorse people walking walking long distances?

Is this trade hate again? Trade bought all the modern benefits you enjoy. Perhaps talk to the traders on the main street about what they think best. Or, you could try top down decrees from centralized bureaucracy. See how far that gets you.

To be fair, it's an example of fashion in urban design and planning. One city does something interesting and councillors all over the world are jumping up and down at meetings demanding the same but without thinking about whether it's appropriate. Councillors in London are guilty of it too, just look at Exhibition Road...or Croydon's new city centre.

In Dunedin's case, low population density and excessive infrastructure has been a millstone around it's neck for decades. Cars actually help sustain levels of activity on major shopping streets outside of peak periods like lunchtime. But better planning for building use would help as well. For example activities that support activity across a large part of the day, like hotels.

The affected business' opinions do not matter for this council. They only pay for it via their rates. Are we to have an expensive & pretty, new one way devoid of shops? Vote them out!

Hawkins it is Radical for Dunedin but would not be for a warmer climate. Cr Marie Laufiso yes why is there not a status of a famous Maori lady and or Gentleman in the Octagon to keep Robbie Burns company? Cr Lee Vandervis it might be the best Main Street in NZ but it is windy, wet and cold. The picture shows a blue Sky, warm weather, what happens the other 360 days of the year in Dunedin when it is windy wet and cold. Hawkins I'd not let you look after or manage my garden shed let alone design the Main Street of Dunedin, and Please done say Saunders is a "Key" identity of this drive, Will the DCC pay retailers for loss of earnings when construction starts?