Design of hotel to be revisited 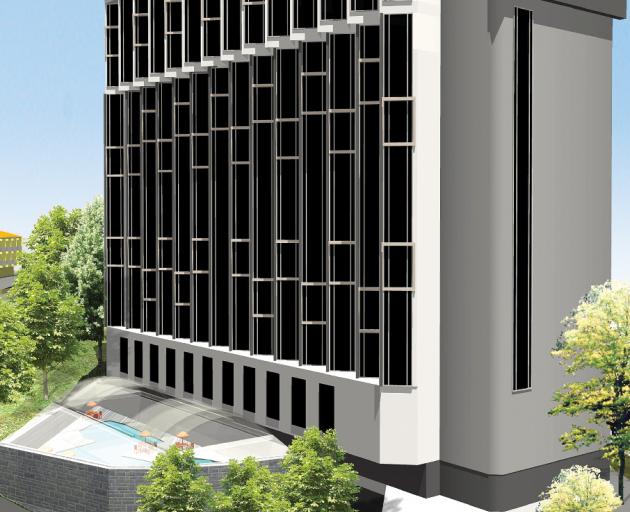 The original concept of the building has prompted a mixture of support and concern from some about its height and appearance. Photo: supplied

The man behind an 18-storey hotel proposed for the heart of Dunedin is revising the building's design.

Anthony Tosswill, of Tekapo, has employed the services of a Dunedin architect to redraw plans for the building, it was confirmed yesterday. 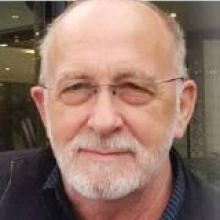 Anthony Tosswill
The move came after original concept drawings for the proposed 200-room, five-star hotel - costing up to $75 million - prompted a mixture of support and concern from some about its height and appearance.

''I know that he [Mr Tosswill] is having a number of diagrams drawn up, and they all look a bit different, not only to the first drawing but actually to each other.

''He's putting quite a bit of time and energy into getting some ideas about what works well on the site in this city.''

Asked if that could mean a reduction in the hotel's height, she said: ''That includes everything that matters.

''It's got to be a viable hotel, but it's also got to fit into the cityscape. The architect he's chosen is well aware of those things.''

She would not name the architect, but said Mr Tosswill had employed ''somebody that we're really pleased about - somebody who has a ... good reputation in the city''. 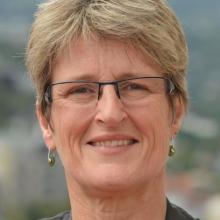 Mr Tosswill's willingness to listen to public feedback was also encouraging, she believed.

''He clearly is quite responsive to public opinion. He clearly read, and was interested in, the feedback that he got, and talked about that and what that did to his thinking.''

The council-owned car park in Filleul St has long been a preferred site for a hotel development, but the deal gave Mr Tosswill exclusive first right to buy and build on the site, once the results of geotechnical investigations were known.

That was expected by about the end of the year, although the timeframe could be pushed back by up to three months if necessary, Dr Bidrose said yesterday.

However, there have also been signs of trouble since the ODT reported on Mr Tosswill's plans to build up to 12 hotels, costing $500 million, across the South Island.

Ken Taylor, previously the spokesman and architectural designer for Mr Tosswill's Dunedin hotel, appears to have been sidelined since the story's publication.

Mr Taylor would not comment on any aspect of the project when contacted yesterday, or explain the reason for the change in his role.

Despite that, Dr Bidrose said indications from Mr Tosswill were that work to progress the project was continuing.

Please do try again, Dunedin already has too many uninspired concrete and glass monoliths that could have been extracted from any of several thousand other cities around the world, this 18 storey version will alienate, dwarf and cast cold shadows over the historic architectural character the tourists it accommodates have come to see.