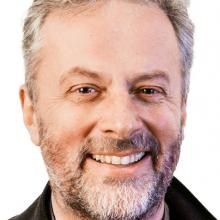 Lee Vandervis
Dunedin's elections have descended into personal attacks after one mayoral candidate accused another of telling a disabled candidate not to stand for council.

The allegation did not originally come from the disabled candidate himself. Instead it came from Barry Timmings, who alluded to a standing councillor he said had made the comments.

Mr Timmings told a Otago University Students' Association council candidate forum on Wednesday about ``a sitting councillor'' who had told Joshua Perry he should not stand, on the same day Mr Timmings himself was heavily criticised for saying he felt disabled as ``a white, 46-year-old male accountant''.

Yesterday Mr Perry named Cr Lee Vandervis as the councillor he had talked to.

He did not say Cr Vandervis told him not to stand, but said he had told him he ``wouldn't get into council as nobody can understand me''.

Cr Vandervis responded last night, saying it was ``completely not true'' he had told Mr Perry not to stand. 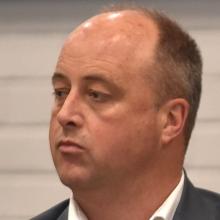 ``It's scandalous that Timmings brought that up to have a go at me. I think that the misrepresentation in this is probably the ugliest thing I've yet encountered in what has been a pretty patchy election.''

Mr Timmings repeated the allegation at a OUSA mayoral forum yesterday, at which he was heckled for his comment the day before.

Mr Timmings was supported by candidate Conrad Stedman at the forum, who blamed the media, and a lack of ``journalistic integrity'' for criticism of Mr Timmings.

``It was a direct quote,'' an audience member said of Mr Timmings' comment about being disabled.

Mr Perry approached the Otago Daily Times at the forum to tell his side of the story, and later visited the newspaper office, accompanied by Mr Timmings.

He said Mr Timmings had been ``nothing but supportive'', and the pair had campaigned together at the weekend.

Cr Vandervis had told him he wouldn't get into council as ``no-one can understand me'', Mr Perry said.

Mr Timmings' comment about being disabled ``was trying to demonstrate empathy and show that at times we can all feel discriminated against''.

Cr Vandervis said it was ``completely not true that I said he [Mr Perry] shouldn't stand''. 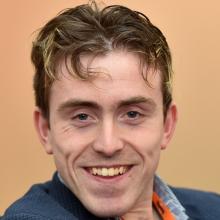 Joshua Perry
``What I said, and it's a shame if he misunderstood it, was: being a councillor is all about having people understand where you come from, and you simply are not able to make yourself understood.

Cr Vandervis said he had told Mr Perry at the same meeting it was brave of him to do public speaking ``especially with the significant speech impediment he has''.

The comments were made during a discussion between the two about what it was like to be a councillor.

Cr Vandervis said he had a severely autistic son with speech difficulties, and he knew what that meant.

``Josh resonated with the problems our own youngest kid has.

``That he got a completely different idea ... I never said he shouldn't stand. In fact, I can't understand that that [inference] came out of it,'' Mr Vandervis said.

``I told him it was really good that he stood, that it showed real courage, and that it was a very difficult thing to do to get in front of people and try and get a point across.''

Mr Timmings had brought the allegation up ``in a public meeting to have a go at me''.

``He wouldn't name the councillor, but of course he damn well knew that was going to come.

``Then to grossly misrepresent what I said - I never said what he said I said.''

Mr Timmings could not be contacted for comment last night.

If one candidate tells another he won't get into Council, we can draw our own conclusion as to motive in the scramble for votes.

Decisions as to who will be a councillor are made by voters, not Cr Vandervis.

Moreover, social media will brook no online comments that use 'disability as a political football'. Bravo.