By Oscar Francis
0 Comments
The former owner of Sammy’s says the Dunedin City Council needs to hurry up and do something with the venue.

Sam Chin, who ran the Crawford St venue from the late 1970s, said an estimated cost of $35 million to restore the venue was "ridiculous", as the entire block could probably be bought for that sum.

The council should have sought several quotes to show the public, Mr Chin said.

He disagreed with the council’s assessment of the building as a hazardous space, as it was "pretty solid" when he sold it, despite it being 126 years old.

The main issue was the state of the roof, but repairing that would stop the rest of the structure degrading.

If the council went ahead with a proposed black-box performance space at Forsyth Barr Stadium as an option for a medium sized venue, it might as well pull Sammy’s down, he said.

He was disappointed no medium sized venue had been secured since Sammy’s closed five years ago.

He was happy to hear three young bands had broken into the venue to play a secret show for an audience of about 100 on April 10.

"The only thing I’m disappointed about is that I wasn’t invited," he said. 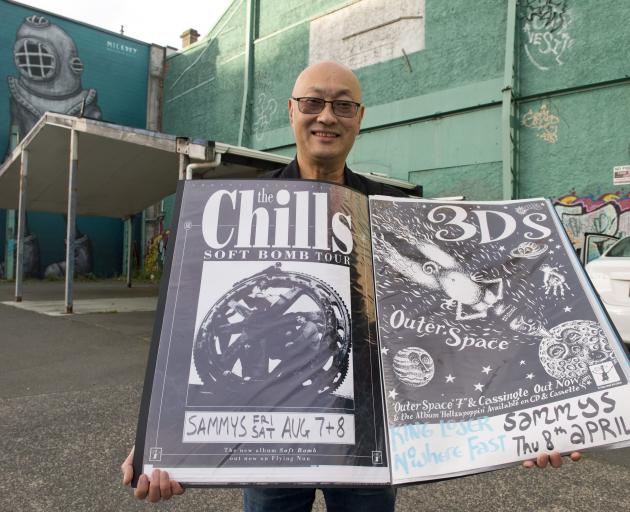 The council bought the building in 2017 to protect it from demolition and had never made promises about its future beyond that.

Reports undertaken by consulting firm CharcoalBlue indicated the venue would be prohibitively expensive to redevelop, and would not be the most viable option.

Since then councillors decided more work was needed to consider options for venues and the future of Sammy’s would be decided after that process was completed.

Negotiations over a possible black-box venue at Forsyth Barr Stadium as part of a hotel were progressing well.

About $117,000 had since been spent on Sammy’s, which included roof repairs to ensure the building was weather tight.

It was considered a hazardous space due to the presence of asbestos and concerns about its structural integrity.

Since the gig, security had been updated at the site, she said.