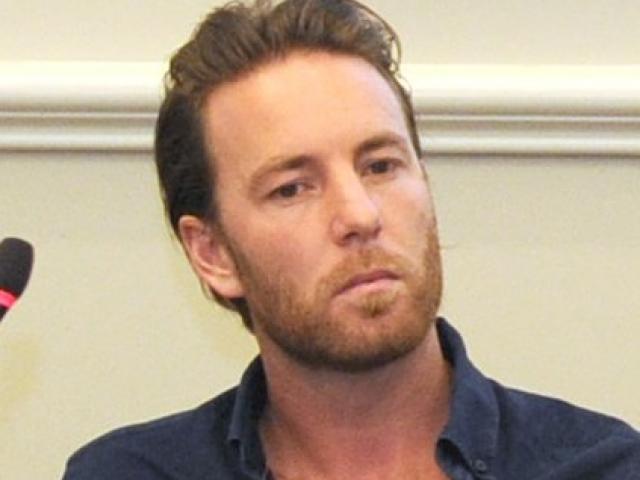 Peter Graham
The man behind a golf hole-in-one challenge at Vauxhall says his plans for the development are still ''ticking along'', despite a months'-long delay resolving an Environment Court appeal.

The venture by Dunedin businessman Peter Graham was granted resource consent jointly by the Dunedin City Council and Otago Regional Council last May.

The development would use a small reserve south of the Vauxhall Yacht Club as the base for the golf challenge, kayak, fun-boat and bicycle hire, as well as a coffee and food van business.

Golfers would aim for a floating pontoon positioned 95m into the harbour, and stood to win a $10,000 prize if they scored a hole-in-one.

But a new group, the Otago Harbour Preservation Society, lodged an appeal against the consent with the Environment Court the following month.

The appeal was then placed on hold while the parties negotiated, and in September it appeared an agreement had been reached allowing the development to proceed.

A regional council report at the time said the applicant and appellant had reached agreement, while Mr Graham told the Otago Daily Times the Environment Court case would be dropped.

However, nearly four months on, the appeal was yesterday still listed as ''pending'' on the Dunedin City Council website.

Society member Johnny van Leeuwen, one of the main appellants, also said yesterday he had heard nothing more since September.

While there had been ''really good progress'' in resolving many of the group's concerns, several issues remained outstanding and Mr Graham and his team had gone ''completely quiet'', Mr van Leeuwen said.

''We've gone back to them basically just wanting to clarify a few more things that we were not happy about, and we have not heard anything back.

''It's not fully resolved, from my understanding ... They can't really move on until the issues are resolved.''

Asked about the delay yesterday, Mr Graham said the development plan was still ''ticking along good''.

He believed he had an agreement with the appellant, as well as the Dunedin City Council, endorsing changes to the project, but was still waiting for sign-off on final changes by the Otago Regional Council.

That would ''hopefully'' come through later this month, after which work would start on the development.

The aim was to have the venture operating by the start of next summer.

Changes to be signed off included reducing the size of the pontoon from 8m by 12m to 8m by 8m, as well as other minor tweaks to signage, wording and colours, he said.

Mr van Leeuwen declined to say what the outstanding issues were, but said the society did not want to oppose development in the area.

''Our biggest concern is making sure that every user gets to use that area, and it's not just restricted to the golf operation.''

My sympathy goes out to Mr Graham. Who would have thought it would be so difficult and expensive to start a business up in Dunedin.

Don't worry Pat, if it doesn't work out, Mr Graham can 'just' keep working at his current business which he owns, Traffic Management and Control Limited.

I guess it just goes to show some things might leave a bitter taste in your mouth, some might say you might have to go suck on a lime, it didn't take that long for them to get approved, I guess lime and golf balls are different, and it might be true that the DCC might just be a lemon, if what Flat-out says is true you will not stave