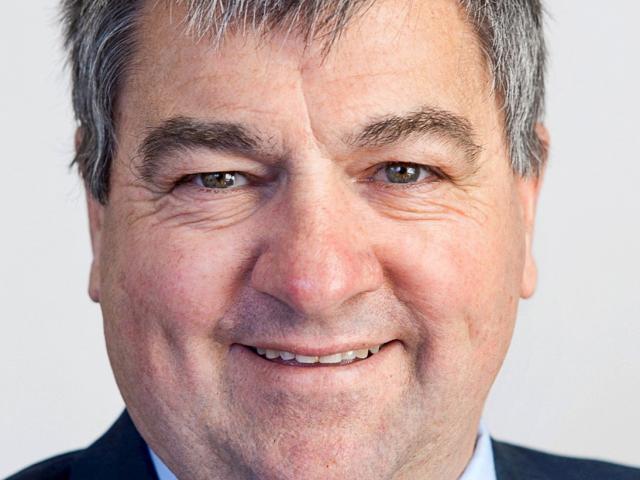 Mike Lord.
The Dunedin City Council faces eye-watering costs in the years ahead, predicted to reach hundreds of millions of dollars, after accelerating its push to become a carbon neutral city.

However, as one councillor warned the council's bill for carbon neutral initiatives could top $100 million, others argued the cost of inaction would only climb.

The debate came at yesterday's DCC finance and council-controlled organisations committee meeting, as councillors signed off on a submission on the Government's Climate Change Response (Zero Carbon) Amendment Bill.

The Bill aimed to reduce the country's greenhouse gas emissions, except biogenic methane, to net zero by 2050.

The debate over the submission followed last week's vote by city councillors to declare a climate emergency and accelerate efforts to become a net zero carbon city by 20 years, to 2030.

Cr Mike Lord, who voted against both initiatives last week, told yesterday's meeting he was concerned the cost of accelerating carbon neutral efforts could reach $150million or more within just one major council department. Across the council, it could be double that, which would ''blow every strategy we have got'', he said.

Speaking afterwards, he told the Otago Daily Times the ''back-of-an-envelope'' estimate came from a senior council manager, whom he declined to name.

The estimate would cover a mix of new funding and money already in the budget, brought forward or repurposed to fund new initiatives, he said.

Council corporate policy manager Maria Ioannou told yesterday's meeting an analysis by council department had not yet been done. However, the cost, whatever it was, was not necessarily about new funding, but repurposing existing budgets over time, she believed.

Cr Kate Wilson pointed out a $150million bill could eventually become $450million if the council delayed, which Cr Aaron Hawkins said would be ''a bargain''.

It called on the Government to consider a contestable fund to help councils prepare for climate change, as well as ''tangible consequences'' when emission reduction targets were not met, and urged a ''partnership approach'' between the Government, councils and communities.

Amendments endorsed by most councillors yesterday included calling on the Government to match Dunedin by shifting the Bill's goal for achieving net zero for greenhouse gas emissions to 2030.

Cr Hawkins said central and local government had to work together, and remember mitigation was the best form of adaptation, if the challenge was to be met.

Cr Vandervis disagreed, saying neither central government nor councils could stop climate change. What was needed was ''bigger pumps and bigger pipes'' in areas most at risk, he said.

That was disputed by Crs Hawkins and Jim O'Malley, who both said that was part of the response but not the solution.

Put this to the people! It is too important for our pockets to be left with 9 deluded DCC members who do not under CO2 history or simple finance.

So the one certain thing about climate change is that our own actions will make us considerably poorer. And this is in a place like Dunedin that will benefit from some warmer temperatures.

IPCC says the Nett Zero target is 2050.
NZ Labour Govt say, we will do it by 2035!
DCC say, we will do it by 2030!
Reminds me of the virtue signalling of the communes under Maoist China Cultural Revolution, regarding rice production.
The Nett result of that was 10 million dead.
This council is gripped by ideology, panic and virtue, removing their ability to think straight.

The people of Dunedin need to clearly understand that these are the sort of decisions you get when you vote greens on to council. Or when people like Mr Cull change their colours mid term.

Lets just hope these fools can be got rid of before they commit Dunedin to monstrously unaffordable expenditure.

Ideology? Panic? Do some reading first before you accuse the council of being panicing idealogues.
https://www.theguardian.com/environment/2019/may/16/thinning-of-antarcti...

Unfortunately John, that is exactly what the Greens are - panicking ideologues.
Just review their policies in New Zealand and overseas. They want to ban the mining and use of all coal today - no phase out, instant ban. They believe people will just adjust to having less electricity. That's realistic isn't it?

The Guardian, a US Leftist opinion rag, is hardly a credible source of information.
But let’s say for arguments sake, that sea levels do rise by two meters in the next 80 years, and you are now standing by the coast thinking :-
1/ I’m glade the DCC got us to Nett Zero 15 years before the IPCC recommendations but it’s disappointing we have no money to protect the city.
or
2/ I’m glade the DCC made sure we had a strong and vibrant economy so they had the funds to protect the city but it’s disappointing we missed the IPCC target by 5 years.
If you can’t tell the difference, 1 is virtue signalling, 2 is being pragmatic.

So the panic is over investing in infrastructure that will make Dunedin more resilient, sustainable and generally a nicer place to live. An increase in jobs through forestry and energy industries. Less money going out on fuel imports and all for a cost less than the rugby industry. Seems a bargain to me. But all those greedy fossil relics can.t see past their own belching bellies.

There needs to be reciprocity for these big decision makers. They have no skin in the game. George II was the last king to lead his army into battle, 1700's. Bring back consequences for our representatives. If the Councillors are so sure they can be wastrels with our money, they should be more liable.

The 6 who voted for, especially Kate Wilson, should be personally liable for idiotic decisions. Their empty virtue signalling plea pandering to a misbegotten noisy green lobby will turn our kids into debt slaves. The arrogance in thinking we can control the weather!

It's an obvious distraction for the local council's inaction on basic services over many years. They'd rather put us all in penury for glory projects to their Don Quixote projects. That bike track on george street! LOL! You would be mad to use it. Those bollards along the side would crack your skull open like Thor's hammer. What a shocking placement, and design.

So please tell me good people who want to see change is it wise for our council to keep borrowing more millions before we embark on a radical change of public policy around environmentalism? I noticed that proposed change to George Street will cost $28 million! That is a truly staggering amount for only 500 metres of roading. Is this really a necessity? Surely that money could be put to far better use.

I am so glad I seen the light and left this place just after 18 months of returning to Dunedin the people running the show are dangerous and are sinking Dunedin in debt, and it is too late, they are out of control and need to be stopped. they come up with idiot ideas weekly as said before wake up Dunedin before these clowns destroy Dunedin. Start to protest on the streets of Dunedin out side the town hall attract National and international media attention and they will hate it. Can you not see that these clowns are destroying the town and have no clues how to run a lemonade stand let alone a town or city

And the cost of the 'green' ideology zealots will be our rates going up.
But we want everyone to live in a world with no carbon they cry, would they be happy with no trees, no transport, no industry, they must be happy to walk everywhere.
You do realize humans breath out C02.