Keen to grow within councillors culture of can-do, can-achieve

By Chris Morris
3 Comments
What do you know about the 14 candidates contesting the 2019 Dunedin mayoral elections? City council reporter Chris Morris puts the questions to Jules Radich. 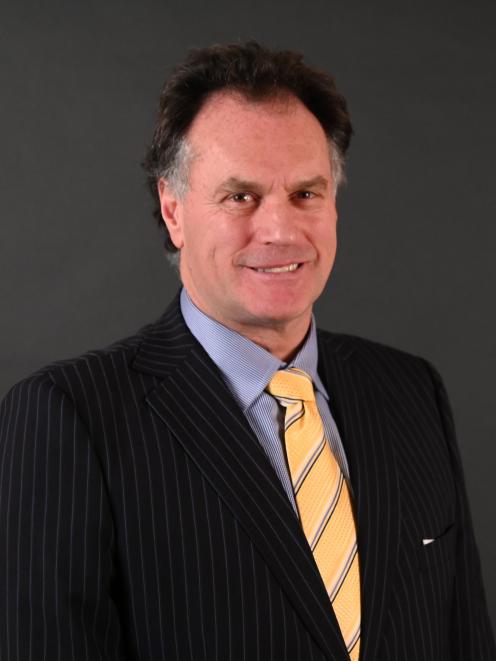 Jules Radich is used to life in the fast lane as a former competitive motorcyclist.

Now he wants to go up another gear by becoming Dunedin's next mayor.

Mr Radich, who is now a business coach, is also a staunch advocate of business development in Dunedin.

And he has been vocal about the need to rebuild the groyne at St Clair Beach, as a first step to building up sand levels there and protecting the area from coastal erosion.

I'm a successful local businessman with a science degree from [the University of] Otago, so I bring business sensibilities with an analytical bent, and my main strength is a strategic overview.

I've travelled widely. I've been involved with many business people, and I've also had this history now, over the last 12 years, of helping other business owners achieve their goals. I see a critical aspect of Dunedin community life is the welfare of the small business person - the small and medium-sized businesses in this town grew the town ... that's the critical driver in the city these days.

Your priorities if elected mayor?

The No1 thing is to get the councillors around that table focusing on their values and why they're there, and to grow within the councillors a culture of can-do and can-achieve, based on our heritage and natural values in Dunedin.

I think it's critically important to start with the councillors and get us near enough on the same page, so we can work from a common set of agreed values, and we use that to reference the decisions we make, the actions we take.

We have created a lot of cultural and artistic assets in this town which have not received enough leverage as yet. We can create a lot of adjacent businesses to those cultural assets, I believe. We can make better use of them.

Economically we have some really vibrant companies in this town, which are taking over from the engineering style of firms that used to be the key drivers in town of the past. While there are plenty of engineering firms that are very good and strong here, they're more local than what I would like. I would love to have them working all round the world.

My environmental plan is based on climate change resistance. What that means is that we push back on the effects of climate change, hard ... That starts with rebuilding the groyne on St Clair Beach. If we rebuild that, we raise the beach level by 2-3m, and that then protects South Dunedin.

Why shouldn't we avoid the expenditure and simply allow nature to take its course, by retreating from parts of South Dunedin?

I am completely opposed to the concept of managed retreat, because it will cost $1billion to $2billion ... It's just a mega-disaster.

Given your concerns about South Dunedin, are you in favour of waterfront development in the Steamer Basin?

Yes he "can do" by supporting projects that spend your money/rates... Where is his analytical skills in evaluating current DCC spending on projects that do not deliver value to most Dunedinites?, whilst the DCC supports loud lobbyists. Think bridge to nowhere, empty cycle paths and buses.

Sooner or later South Dunedin will have to be abandoned back to swamp if the seas rise. Throwing endless money at restraining the sea makes no sense. Market forces exerted by the insurance companies (such as Henley village) will make the area uninsurable.

“Sooner or later South Dunedin will have to be abandoned back to swamp if the seas rise. Throwing endless money at restraining the sea makes no sense.”
Another doomsayer!
Just as well the Dutch don’t have spineless negativity in their blood, as the lowest point in their country in 7 meters BELOW sea level. Not only that, as country the size of Otago, they are the second largest exporter of food in the world and have a population of 17 million.
It would be so easy to protect Dunedin, if the need actually arose, because of our limited low level exposure to the sea.
All we would need is a dyke from St Clair to Laywers Head and a few small ones between our inner harbour islands.
The greatest threat to our city, are doomsayers within.

A couple of facts: I said."If the seas rise" which NOAA evidence shows a 1mm rise in the last 100 years. Secondly, the Netherlands has the highest population density in the western world (apart from city states)- so an expensive wall makes sense. But remember the Netherlands was a world power when they started building their walls vv Dunedin's DCC has $600m in debt and can bearly maintain 50m of an old St Clair wall. I do not think Dunedinites want to spend another $2-3 billion building a wall from St Clair to St Kilda (it is only 10 white elephant stadiums we are talking about after all). The insurance industry like them or not, understand risk a lot better than me.