What do you know about the 14 candidates contesting the 2019 Dunedin mayoral elections? City council reporter Tim Miller puts the questions to Richard Seager. 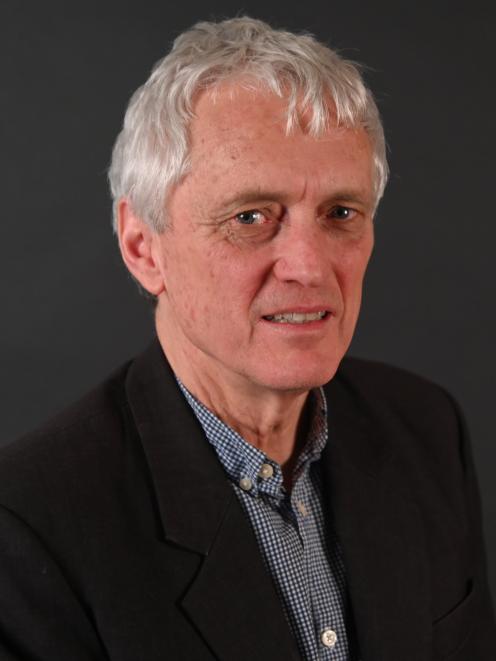 Richard Seager says not enough is being done to combat climate change and thinks the council's decision to declare a climate emergency was a waste of time. Mr Seager wants a cycling precinct developed in North Dunedin and wants the state highway rerouted around the city. He believes his life experience - including 25 years running a small business - means he can be an effective mayor.

We need to be dealing with climate change in an adequate fashion in 2019 instead of tidying up around the edges like we've been doing for however long. We've known about climate change for quite some time now and we can't continue to deal with it in the same fashion as we have. Carbon dioxide emissions have increased from 22 gigatonnes in 1992 to well above 40 gigatonnes today. I haven't seen any real action which is going to deal with that.

What are your main priorities?

I think telling people there is a climate emergency is a waste of time, to be frank. So the first thing I want to do is make the university area a cycling precinct and get the Government to move the state highway running through the city. If I got longer than one term there would be a lot of public transport options I would like to explore - like cable cars and light-rail - which will be a lot cheaper than what we spent on our current roading and vehicle infrastructure. Long-term, I would like to see cars taken out of Dunedin and other cities and only used in rural areas not suitable for public transport.

I'm used to dealing with all types of people - except for the 1% - and grew up on a dairy farm background so I'm not ignorant of the problems family farms face. I've travelled overseas and worked in a lot of working-class jobs, and have formed associations with people from a lot of different backgrounds. And I spent 25 years in small business and I know what it is like to lose a business and go through quite a bit of hardship and not have a lot of money. The people who are going to get left behind by climate change are going to be the poorest in society, unless they have someone fighting in their corner.

Dunedin is only a city of about 130,000 people. What can the mayor seriously do to make any difference to the impact climate change will have?

We can provide an example to the world. You can split the world up into 130,000 people categories and then everyone can say there's nothing we can do, it is everyone's responsibility to do something. Let us deal with our side of the problem.

Are you able to fulfil the role of mayor if you don't have any council experience?

I think so. It's a position you learn a lot from by doing it. I'm sure Dave Cull learnt a lot in his first three years. It's a case of learning who you have to work with and then working with them, but also being firm about what you want to achieve. I've had a lot of experience looking at balance sheets and it's just a case of getting hold of those and figuring out what's been going on for the past nine years.

What is the city doing well and what could be improved?

In a limited way, the cycle paths are a success, particularly the harbour-side paths. Mayor Cull and the council have done a reasonable job and have been reasonably climate conscious. I think the stadium is a problem, the ongoing cost is too much for a city of 130,000. There have been various efforts to hide away the losses it is making. The hospital is something that is being done really badly too without much thought to the impact of climate change. So we have to pressure David Clark before it is too late. If you're looking ahead 60 or 80 years, it's just not a smart decision.

Age: 57
Brought up: Waikato and the Bay of Plenty
Plenty Political: Left but cynical, more focused on democracy
Council experience: None
Describe yourself in three words: Open-minded, resourceful and dedicated.

I wonder if he cycles to work? Maybe he is one of the 100 that do, the rest of us try to find a car park that does not cost an arm and a leg because we live in the hills or far away.

Yes I do cycle to work. It's my main form of transport.

Cycling up the hills is a problem to be solved at a later stage but on the flat from St Clair to NE Valley I figure we could move the majority to cycling, walking or public transport. A tram line on the flat as above would be great. With modern tramcars. Cost? Moving car use to 300 or so per 1000 people instead of 900 per 1000 people would save much more than the cost of that tram. So I'd be hitting up the central government to cover it.