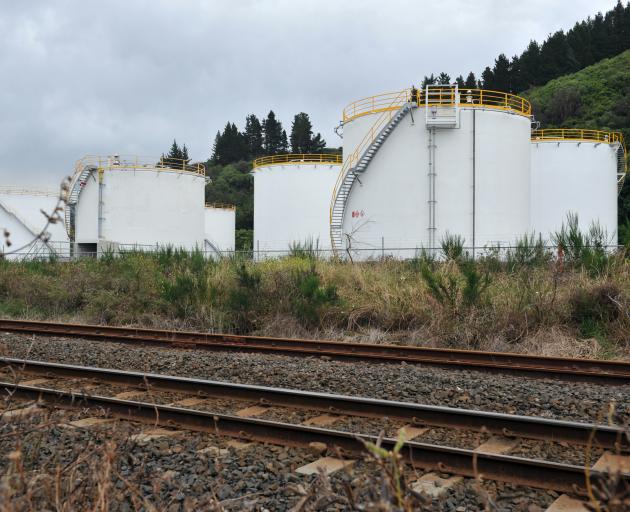 The oil companies were  among those making submissions as the long process of developing the second generation Dunedin city district plan (2GP) got back up and running on Wednesday.

Rules governing public health and safety were up for discussion.

A joint group representing oil companies says not enough has been included in the proposed plan to protect the city's two main oil terminals in the waterfront area.

Liquigas, which operates an lpg storage facility in the same area, is also concerned.

On a separate issue, Fonterra says proposed noise restrictions could stop it from making its Mosgiel distribution centre a 24-hour operation.

In a series of written submissions, oil companies and Liquigas called for a buffer zone around the terminals in which ''sensitive activities'' such as child care facilities would prohibited.

This would reduce the risk of death and injury in the ''low probability high potential impact event'' of one of the terminals exploding.

Prohibiting sensitive activities from the surrounding areas would also allow for potential expansion of the facilities, which they said were crucial to the economy of Dunedin and the surrounding region.

Liquigas believed the buffer zone should stretch to 200m from the facilities.

A Fonterra spokeswoman told the Otago Daily Times there was no firm proposal for Fonterra to move to 24-hour operations at the Mosgiel distribution centre.

However, if a noise control area was provided for the Mosgiel site, it would make it consistent with its other sites around the country,

''If this change were achieved, Fonterra would have the option of making better use of the site by spreading operating hours throughout the day.''

A change in operating would not require more staff and any changes would be around ''better utilisation of the site''.

Planner Peter Rawson accepted some of the concerns expressed by the oil companies. However, he felt they would be best addressed by making sensitive activities discretionary as opposed to prohibited.

''It will allow for full consideration of the health and safety effects of establishing sensitive activities in proximity to these fuel and lpg storage facilities, without sending a message that their location within the hazard overlay is inappropriate in all circumstances,'' Mr Rawson said.

Based on the advice of a noise and acoustic insulation specialist, Mr Rawson recommended against changing the rules for Fonterra.

''I agree that there has been limited information provided in the Fonterra submission about why Fonterra should be treated differently than any other factory operating in Dunedin and why Fonterra will not be able to meet the noise standards of the 2GP.''