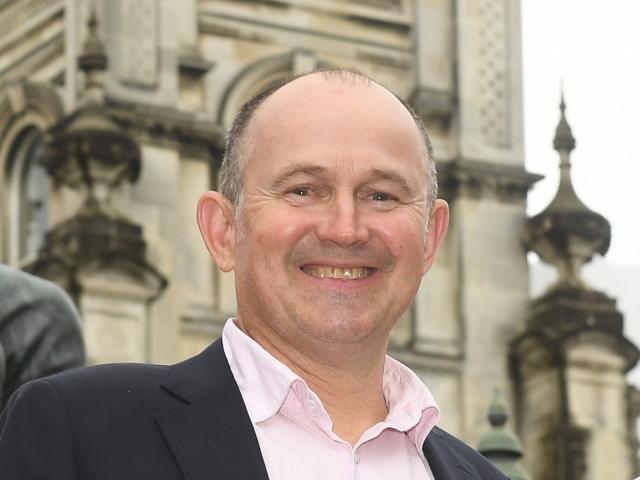 Steve Walker. Photo: Stephen Jaquiery
International tourism prospects are too uncertain for Dunedin Railways to lurch into an urgent change of course to fully embrace them, Dunedin city councillors have decided.

Limited passenger services have been run since late 2020 amid the Covid-19 pandemic and councillors confirmed yesterday it was not yet time to dump the model that sustained this.

Dunedin Railways’ parent company Dunedin City Holdings Ltd (DCHL) had asked the council to urgently consider how it might respond to circumstances that included ‘‘increasing anticipation of the return of international visitors to the region, including the possible return of cruise ships to Dunedin’’ next summer.

It described the existing model, including making use of Dunedin Venues Management for administration, as temporary and not scalable.

An operation of two to three services a week in summer could be run for customers that included international tourists, but additional services would not be possible, DCHL said.

Council staff highlighted a series of uncertainties about what ‘‘gearing up’’ for international tourists would involve, on top of uncertainty about likely tourist numbers.

The council decided in November DCHL should be required to fund Dunedin Railways for up to $2.4 million a year until July 2024, effectively instructing it to run limited services and absorb losses from doing so.

The services were aimed at the domestic market.

Cr Steve Walker said there was far too much uncertainty for councillors to be confident a swift change of course was warranted.

‘‘If you want to do something badly, rush it,’’ Cr Walker said.

He advised the council to ‘‘take a breath’’ and to concentrate on getting things right strategically.

Council chief executive Sandy Graham said a decision could be made earlier than previously hoped and the information necessary for that might be ready before the end of this year.

Asked by Cr Sophie Barker if DCHL labelling the international tourism matter urgent was surprising, Ms Graham said it was ‘‘somewhat of a surprise’’.

Cr Barker and deputy mayor Christine Garey had misgivings about Dunedin Railways’ past reliance on customers from cruise ships.

Cr Garey was not sure she wanted to see a return to peak volumes of cruise-ship customers, as the environment needed to be able to cope.

Dunedin Mayor Aaron Hawkins said the council was faced with a choice between staying the course and reacting to the cruise-ship industry by scaling up ‘‘for a season of unknown bounty’’.

He was wary of pre-empting the outcome of the council’s strategic look into the long-term approach for rail operations.

The Otago Excursion Train Trust is one entity with an interest in the future of Dunedin rail.

Secretary Murray Schofield told councillors a train service should run the full distance of the Taieri Gorge line, from near Dunedin to Middlemarch. The trust was ‘‘more than capable’’ of operating the railway, he said.