Octagon closures to be trialled over summer 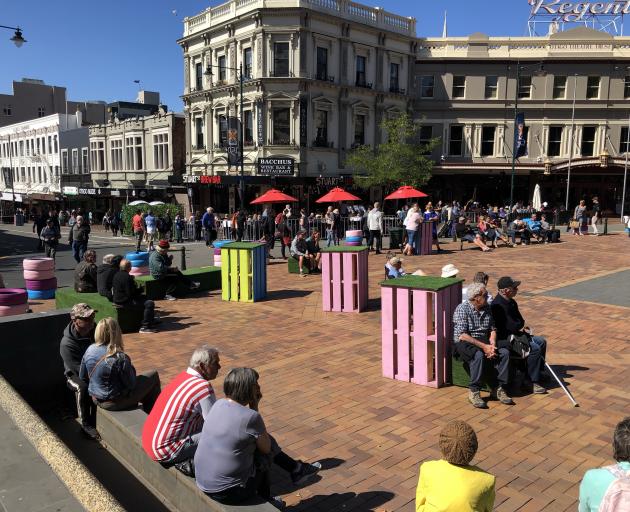 Entertainment and food trucks added some vibrancy to the already sublime day before the Ed Sheeran concert. Photo: Tim Miller
The Octagon will be closed off to vehicles at times this summer, as part of a fresh trial of a more pedestrian-friendly environment, the Dunedin City Council says.

The trial closures would be staggered between January and March next year, including a full closure from January 27 to February 16 and partial closures from February 17 to March 23.

Council principal urban designer Kathryn Ward said the trial, called The Octagon Experience, was part of wider efforts, under the Central City Plan, to make the area a "vibrant and bustling hub'' for residents and visitors.

"The focus is the safety and accessibility of public spaces and creating compelling, attractive places where people want to spend time,'' she said.

During the full closure the Octagon would become the hub for the New Zealand Masters Games, which runs from February 1-9 and is expected to attract 5000 competitors to the city.

Masters Games activities held in the Octagon would be open to the public. 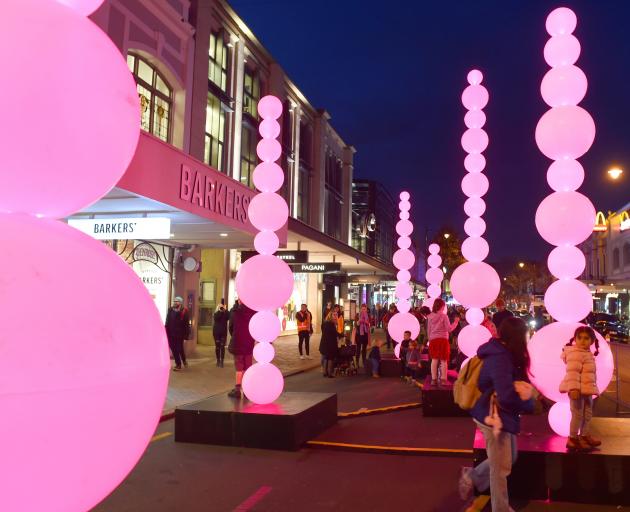 The Octagon will also be a "focal point'' for activity before concerts by Elton John, on February 4,  and Queen, on February 10, at Forsyth Barr Stadium, as well as the Highlanders' Super Rugby game on February 7.

The closure would also include the annual Thieves Alley market on February 15 and the annual Octagonal Day bagpipe event the following day.

Together the concerts and Master Games were expected to bring 40,000 visitors to Dunedin.

Alternatives were being arranged for some services, including relocating cruise ship buses away from the Octagon and arranging alternative taxi stands and mobility parking, Ms Ward said.

The trial was expected to cost $150,000, although events to be held in the Octagon during the trial would require separate funding.

It followed earlier trials which also saw the temporary closure of the Octagon for three Ed Sheeran concerts at Easter last year, and the partial closure of George St for the Glow light exhibition in July.

"The focus is the safety and accessibility of public spaces and creating compelling, attractive places where people want to spend time.'' Good, so I won't be having to worry about getting bowled by a Lime rider then. Or will I?