Term's almost over for councillors 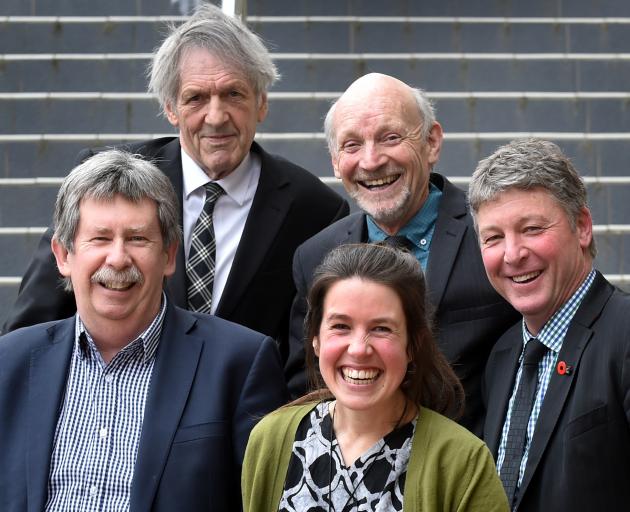 Departing city councillors (clockwise from left) Richard Thomson, John Bezett, Neville Peat, Andrew Noone and Jinty MacTavish after their last council meeting yesterday. PHOTO: PETER MCINTOSH
There were halting speeches where emotion caught in the throat and memories that went back more than 30 years as five councillors gave their valedictory speeches at the Dunedin City Council yesterday.

Six councillors - Hilary Calvert did not attend yesterday's meeting - will finish their terms as councillors after Saturday's election.

Yesterday, they had their time to reminisce and to give their thoughts on the legacy they left.

Richard Thomson said his last year had been difficult to manage with his business, his role as deputy commissioner on the Southern District Health Board and his role as a councillor.

The council role was becoming a full-time proposition, and very few councillors had full-time jobs on top of their elected position.

``I don't know whether that's a good thing or a bad thing.

``It's not a complaint. It's just a statement of the reality of the way it is.''

There was plenty to be pleased about in his two terms, including regenerating council company governance and achieving a balance between debt repayment and investing in future facilities.

There was also ``a progressive outlook'' that had developed in the city, and a diversity of views at the council table.

That was ``chalk and cheese'' compared with the past, when the first-past-the-post election system resulted in a council of older men and business people.

Neville Peat said his one term on the council was a privilege because of the varied experience, talents and length of service of his fellow councillors.

Working on four bylaws was another privilege.

``I know more about beauty therapists and tattooists than I ever did before.''

Keeping rates under 3% and reducing debt at the same time was ``a remarkable achievement'' of the council in the last triennium, he said.

Andrew Noone, who has been a councillor since 1998 and is running for a spot on the Otago Regional Council, said he had ``a feeling of sadness and finality on the one hand, and feeling of satisfaction and contentment on the other''.

Cr Noone said community boards, where he began his political career, were the ``perfect place to cut your teeth in preparation for council''.

He said in his time on the council, it had invested in major water and wastewater upgrades with the Tahuna and Green Island wastewater plants ending effluent running into the harbour, rivers and the sea, and the Mt Grand water plant and money spent at Deep Creek providing clean water.

As well, there had been the Toitu Otago Settlers Museum upgrade and the Forsyth Barr Stadium.

That was an investment of hundreds of millions of dollars, yet the council's debt was only $217 million, rates were still affordable and the council's credit rating was good.

Jinty MacTavish said she stood six years ago because a younger voice interested in sustainability, resilience and 21st century issues was needed.

Her weekends ``disappeared under a mountain of reading'' and media demands meant ``I jumped'' when the phone rang before she was on top of the issues raised in agendas and reports.

She learned very little could be changed overnight.

``In fact, it's difficult to change things at all when systems have been designed into the very fabric of the city, cementing themselves over time into citizens' daily routines and expectations.''

The vision and strategic framework developed for the city in the last six years were the things she was most proud of.

The biggest frustration was the speed with which those strategies could be delivered.

John Bezett said the role of a councillor had changed ``quite dramatically'' in the 30 years he had been a councillor.

The workload was now much higher.

His work in getting economic development its own council committee was a highlight.

He had voted for those projects and ``felt very, very happy doing that''.

``I think it will take time, 10 or 20 years from now, but people will say that was a time the city made real progress.'' 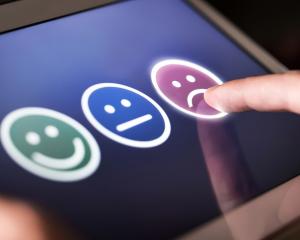 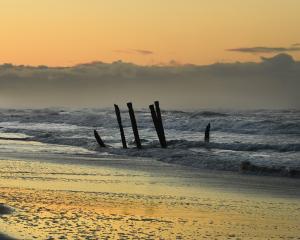 Of course people will feel differently in 20 years time about council spending on "the Dunedin Town Hall, Toitu and the stadium"---future ratepayers will be richer than today's and will reap the benefits of the council's spending without having had to pay for much of it. It's not hard to feel positively about a service that hasn't cost you anything.

John Bezett's claim is a statement of the bleeding obvious that is irrelevant to the question of whether or not the spending was justified.