Vandervis censure case back in court 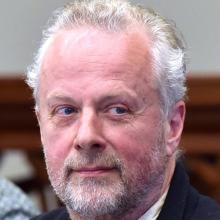 Lee Vandervis
An unfair process led to a Dunedin councillor being censured for loud, aggressive and intimidating behaviour, it has again been claimed in court.

Cr Lee Vandervis was found to have breached the Dunedin City Council’s code of conduct in 2019 when he remonstrated with a staff member about parking and he has since sought to have that finding overturned.

His application to the High Court for a judicial review was rejected and he took the matter to the Court of Appeal yesterday.

One of the key issues explored yesterday was whether the investigation got off to a bad start, from which the process did not quite recover.

Counsel for Cr Vandervis, Len Andersen QC, said the council’s chief executive at the time, Dr Sue Bidrose, acted as a facilitator for the staff member complaining when the council’s process had required her to be the complainant herself.

The investigator appointed to look into the complaint, David Benham, quickly formed the view Cr Vandervis had breached the code, Mr Andersen argued.

The investigation was flawed and Cr Vandervis was denied a proper opportunity to be heard before judgement was arrived at, Mr Andersen said.

Counsel for both the council and Mr Benham, Michael Garbett, described the role of Dr Bidrose as one of engaging an investigator.

The council was the ultimate decision-maker that both affirmed Mr Benham’s findings and determined the penalty, Mr Garbett said.

The incident arose on September 13, 2019, when Cr Vandervis’ vehicle was ticketed.

He approached the council’s reception counter, paid for another ticket and tried to complain about parking signage, but was told a complaint about a ticket had to be in writing, Mr Andersen said.

Cr Vandervis was of the view the staff member, whom he described as an unpleasant female services officer, had not listened, his counsel said.

Mr Andersen said the incident happened close to the 2019 election and there was "concern by council staff this candidate might well win the mayoralty".

In the end, Cr Vandervis was a close second to Aaron Hawkins in the mayoralty race.

The council and investigator’s counsel argued there was no fundamental unreasonableness in the process that led to the censure of Cr Vandervis.

It also emerged in court he had still not paid for the ticket.