A 34-year-old woman has been taken to hospital in a serious condition after getting an electric shock while working on the upgrade of Dunedin's main shopping street.

Emergency services were called to the scene outside Farmers department store about 9am today, where work on a $28 million revamp of George St by the Dunedin City Council started recently.

Senior Sergeant Anthony Bond, of Dunedin, said the woman cut through a live cable in a trench and received electrical burns to her arm.

A St John spokeswoman said it a sent a rapid response vehicle, a manager and an ambulance, and a patient was transported to Dunedin Hospital in a serious condition.

Isaac Construction chief executive Jeremy Dixon this morning confirmed that a live cable had been cut and a staff member had received an electric shock.

The company’s focus was on making sure there was support wrapped around the worker and her family, and that another incident like this would not happen again, Mr Dixon said.

Mr Dixon was flying to Dunedin from Christchurch today.

He said the injuries were serious "but thankfully not life threatening".

“Our immediate focus is on supporting our colleague, her family and the wider Isaac team. Many of our people are understandably feeling very upset at what’s happened,”

Snr Sgt Bond said the incident was causing power outages in the CBD. 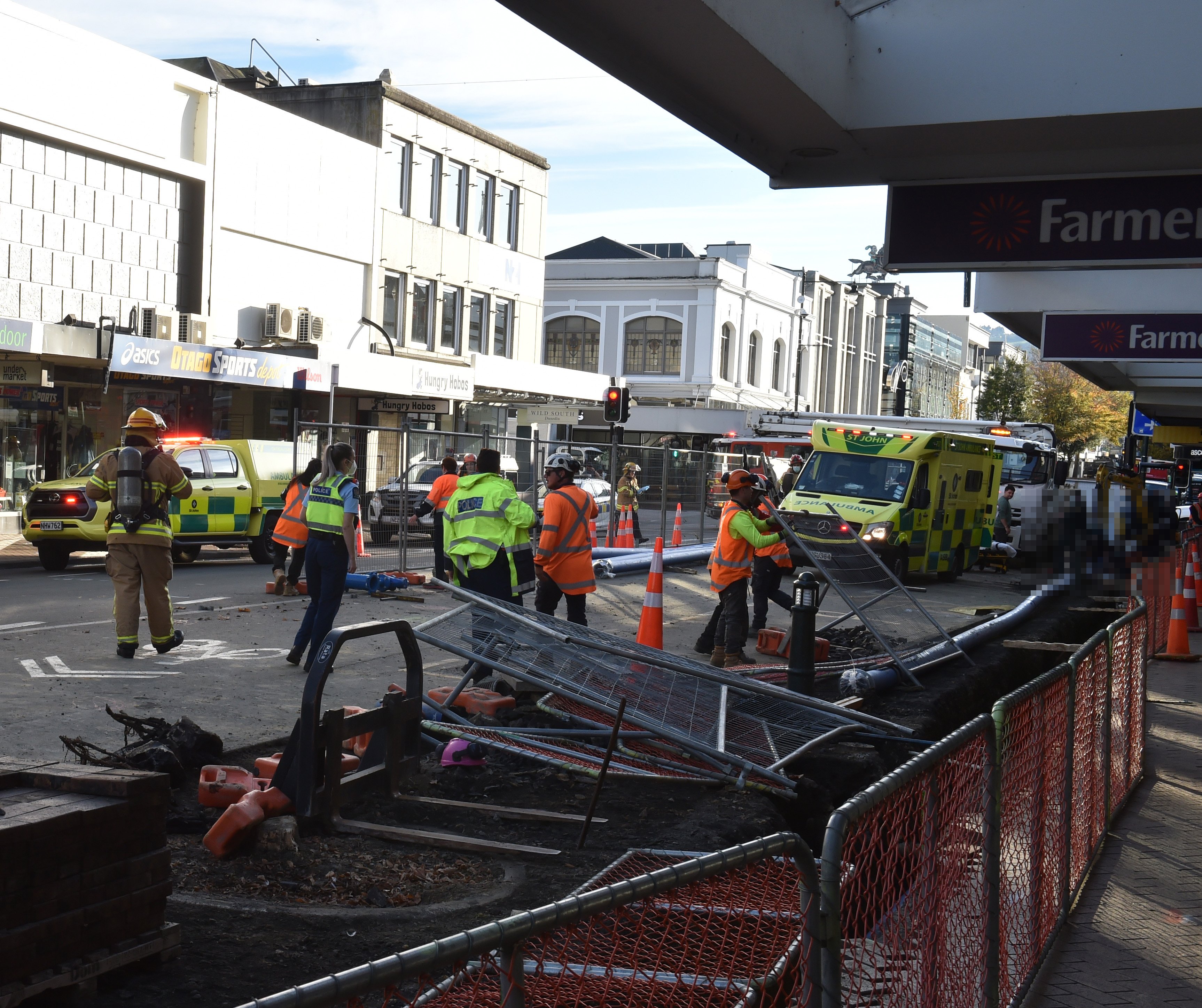 A DCC spokesperson said the employee was working on the George Street-Retail Quarter Upgrade.

He said the worksite – located on George St between Moray Place and St Andrew St – was promptly made safe and had been closed until further notice while investigations were carried out.

“Our thoughts are with the injured person, their whānau and the wider Isaac Construction team,” he said.

“Many DCC staff, particularly those working closely on the Retail Quarter project, are also feeling very shaken about what’s happened. Our immediate focus is on supporting people – this includes making our employment counselling service available to both DCC and Isaac staff affected.

“We would also like to thank members of the public, particularly an off-duty doctor, who provided first aid assistance immediately after the incident."

He said it was too early at this stage to say what effect the incident will have on the project’s timeline.

“Other than ensuring the site is safe and the route for tomorrow’s University graduation parade is ready to go, we are focused on supporting our people through this difficult time.”

The Aurora Energy website listed an unplanned outage for fault repairs between 10.40am and 12.40pm at the incident site.

A spokeswoman the power company said the contractor experienced a "flashover" while working in a trench and crews visited the site to ensure it was safe.

A WorkSafe spokesman confirmed it had been notified of the incident.

Initial inquiries were being made, but an investigation had not yet been launched, he said.

An ODT reporter at the scene said emergency services staff earlier could be seen giving first aid to an injured contractor lying beside a ditch where crews had been working.

One nearby shop worker said she heard a big bang, followed by people running and calling for an ambulance.

Another said he felt a big rattle for a second or so and then saw a person lying down at the construction site. 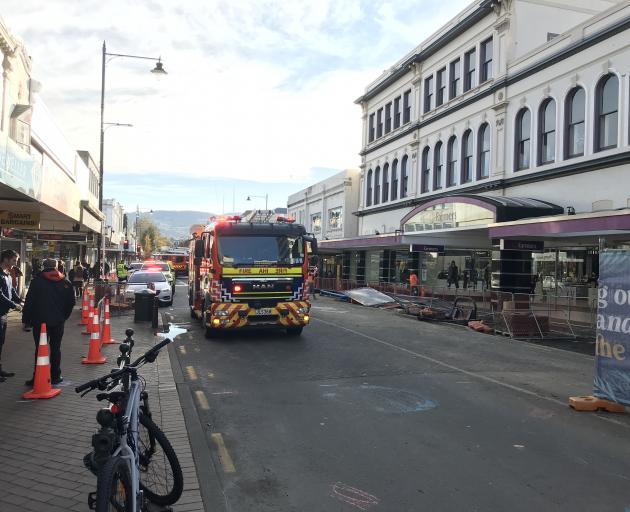 Initially, old underground pipes will be replaced in the block of George St between Moray Pl and St Andrew St and the makeover in that first block, including paving, is scheduled to be essentially completed in October.

The broader project is due to be finished in 2024.