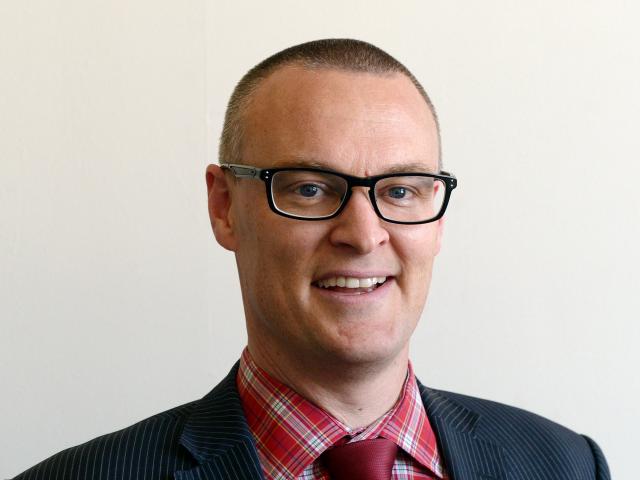 David Clark.
Hospital planners are in a ''dilemma'' over whether to include mental health in Dunedin's new hospital.

A newly released report weighs up the pros and cons of keeping it at ''therapeutic'' Wakari Hospital or shifting it to the new $1.2billion central-city hospital.

''Overall, the dilemma is whether psychiatric care should be centred in a hospital setting, or outside of this through a more pastoral model of care.

''The latter setting may provide a less crowded environment, but on the other hand has less access to medical care,'' the report said.

In an interview Health Minister Dr David Clark suggested he preferred mental health to be included in the central-city hospital, but neither option could be ruled out.

It depended on finding a central site with green space.

''In part, the problem with the current hospital site is that the space around it was sold off when times were tough, and that's limited options available for future development.''

Dr Clark said that because of the years of delays, the hospital was overdue for replacement and decisions had to be made.

''What I don't want is [to] introduce a whole lot of new factors that delay the build. We know that the existing hospital risks service failure.''

Dunedin was lucky to have a reasonable amount of green space in the city centre.

''In our city we have more green space then many other cities.''

Ideally, mental health would shift to the new hospital and Wakari Hospital could be used for a housing development or another health purpose, he said.

Mental health campaigner Corinda Taylor said the service should be in the main hospital in the city centre.

''Mental health should not be split off. It can quickly lead to a different perception in terms of its classification when mental health sits separate from general health and add to its orphan status as a branch of medicine,'' Mrs Taylor said.

The dilemma is spelled out in a detailed services plan written by consultants 18 months ago, which was released a few days before Christmas.

It was one of the background documents for the hospital business case announcement in August.

The Otago Daily Times complained to the Office of the Ombudsman about the delay releasing the background documents after the August hospital announcement.

Dr Clark confirmed his office contributed to the hold-up by taking time to sign off the reports for release.

The ODT has also requested a more recent rebuild briefing that Dr Clark received as a new minister. A response is due under the Official Information Act this month, but some of Dr Clark's Labour colleagues are releasing documents upfront because of Labour's promise to be open and transparent.

Dr Clark said he wanted to do the same, but it had taken time to get his office up and running and work through a backlog of health reports withheld by the previous government.

''My personal view is even if there's things that people don't like, it's better to have the debate than to sit on stuff.

''The whole point of the Official Information Act is to ensure that people can have access to information in a timely fashion.''

It is heartening to see the new government getting on with the hospital rebuild rather than fostering a mirage like the previous government.
I think a central city psych services facility is important for the same reason as a central city general Hospital. That is, from anywhere in the city it is 20 minutes drive or less to hospitalisation in the case of emergency, rather than a much longer trip to WakarI if for instance you live in Portobello or Green Island. Psych patients some times need as much urgency as heart attack victims.