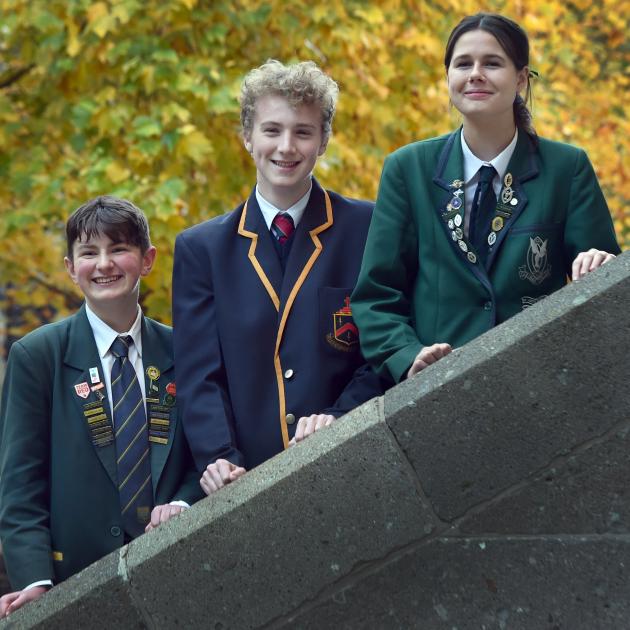 The trio are three weeks away from representing Otago at the New Zealand Institute of Economic Research schools debating championships, in Wellington, and even the rights to the last chip in the packet is up for debate.

But that was a good thing. It showed they were in "the zone", he said.

The team was selected after their performances caught the eyes of the adjudicators at the Otago regional competition in March.

"It wasn’t based on our school teams’ performances at the competition," Sophie said.

"It was based on our individual strengths and how well we work together when we combine."

The team is receiving coaching from members of the Otago University Debating Society at the moment, and she said the information they were receiving was invaluable, because it was building their confidence and competence.

When they get to the nationals on May 28-31, they will not know the motions they will be debating until an hour before the event begins.

That hour is used to prepare for the debate without any outside resources, so they are receiving coaching to help expand their knowledge.

They have been receiving "top-ups" of information about economics, ethics, philosophy, criminal justice, international relations and the environment.

Robert said the background knowledge would help them to form arguments much more quickly.

"We’re super-excited about this. It’ll be a good opportunity to meet other like-minded people [and get] a chance to compete against some of the best debaters in the country."