By Wyatt Ryder
0 Comments
A new queer space has opened at the University of Otago in Dunedin and organisers hope it will inspire the development of similar rooms across the country.

The space, located upstairs in the Union building, was officially opened yesterday morning. 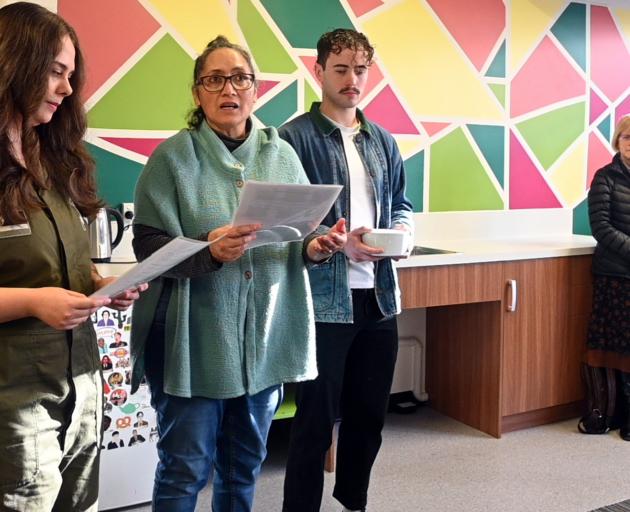 Announcing the opening of the new queer space at the University of Otago yesterday are (from left) Otago University Students' Association (OUSA) president Michaela Waite-Harvey, Māori chaplain Dr Helen Papuni and OUSA academic representative Michael Evans. PHOTO: CRAIG BAXTER
University could be a vulnerable place for a lot of students, particularly those at risk of bullying and discrimination due to their sexual and gender identity, she said.

‘‘It’s important to make them feel accepted and to give them an area where they know they won’t have that happen to them.’’

The university already had dedicated rooms for women and parents.

Students had been pushing for the space for about four years.

Some eager students had signed up moments after the application form went live, she said.

It was the second university queer space to be formed across the country. The first was at the University of Auckland.

She hoped the space would inspire other universities.

OUSA had been communicating with other student associates throughout the project.

‘‘I think it’s something they’re starting to think about.’’

The space featured a common room, a kitchen, board games and more.

University of Otago Māori chaplain Dr Helen Papuni blessed the room and the food before organisers and guests enjoyed the first morning tea in the space.