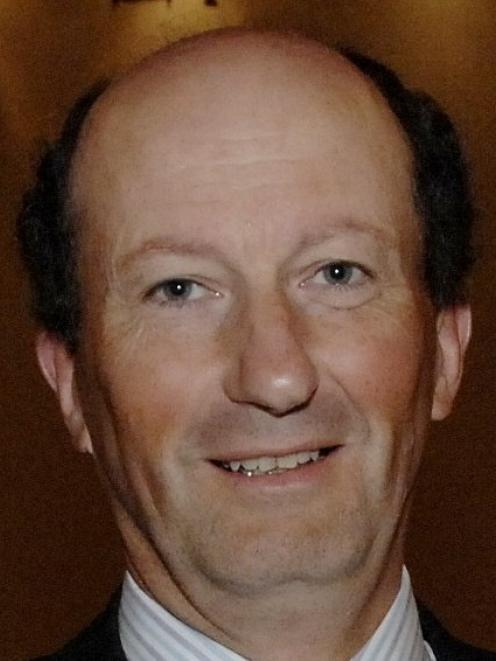 Bevan Dodds
Delta is considering a write-down that could result in millions of dollars being wiped off the value of its property investments in Queenstown and Luggate.

The Dunedin City Council-owned company is settling annual accounts before they are made public, together with those of the rest of the Dunedin City Holdings Ltd group, later this month.

The Otago Daily Times has been told the accounts would confirm a write-down in the book value of investments, including properties at Jacks Point, in Queenstown, and at Luggate, bought in 2008 and 2009.

The value of the write-down was up to $9 million, but the figure could change as a result of discussions between DCHL and the Office of the Auditor-general.

Dunedin city councillors were briefed about the details by DCHL representatives last week.

Most councillors were reluctant to comment, citing the confidentiality of the briefing. DCHL chief executive Bevan Dodds would only say accounts were yet to be finalised, and refused further comment.

However, DCHL chairman Denham Shale dismissed questions about the size of any write-down as "rumours".

Cr Lee Vandervis confirmed the write-down would be announced later in the month, although he said its exact value remained confidential.

It appeared millions of dollars of "ratepayers' treasure" had been "flushed down the toilet of what was obviously an appalling property purchase decision", he said.

Delta bought 100 sections at Jacks Point in 2009, the year after taking a 50-50 stake in a 150-lot subdivision in Luggate being developed by Central Otago businessman Jim Boult.

The exact value of the Jacks Point purchases has not been confirmed, but Cr Vandervis understood Delta had invested $8 million in the properties.

A further $4 million was spent on the stake in the Luggate subdivision, the ODT reported at the time.

Delta planned to develop the Jacks Point sections' infrastructure before on-selling them, and expected the deal would enhance Delta's profitability "in the medium to long term", Delta chief executive Grady Cameron said at the time.

It was understood only a handful of the sections had sold, and Mr Cameron did not respond to ODT questions late last week.

Instead, a Delta spokesman would only say, in an email, Mr Shale had "responded on this matter".

Mr Dodds said he was "not close enough" to discuss details of the sales, but believed "some sections are selling" while others remained for sale.

Cr Vandervis said there had been "extremely optimistic comment" the sections might sell for a better price in future.

"Quite frankly, that's ludicrous," he said.