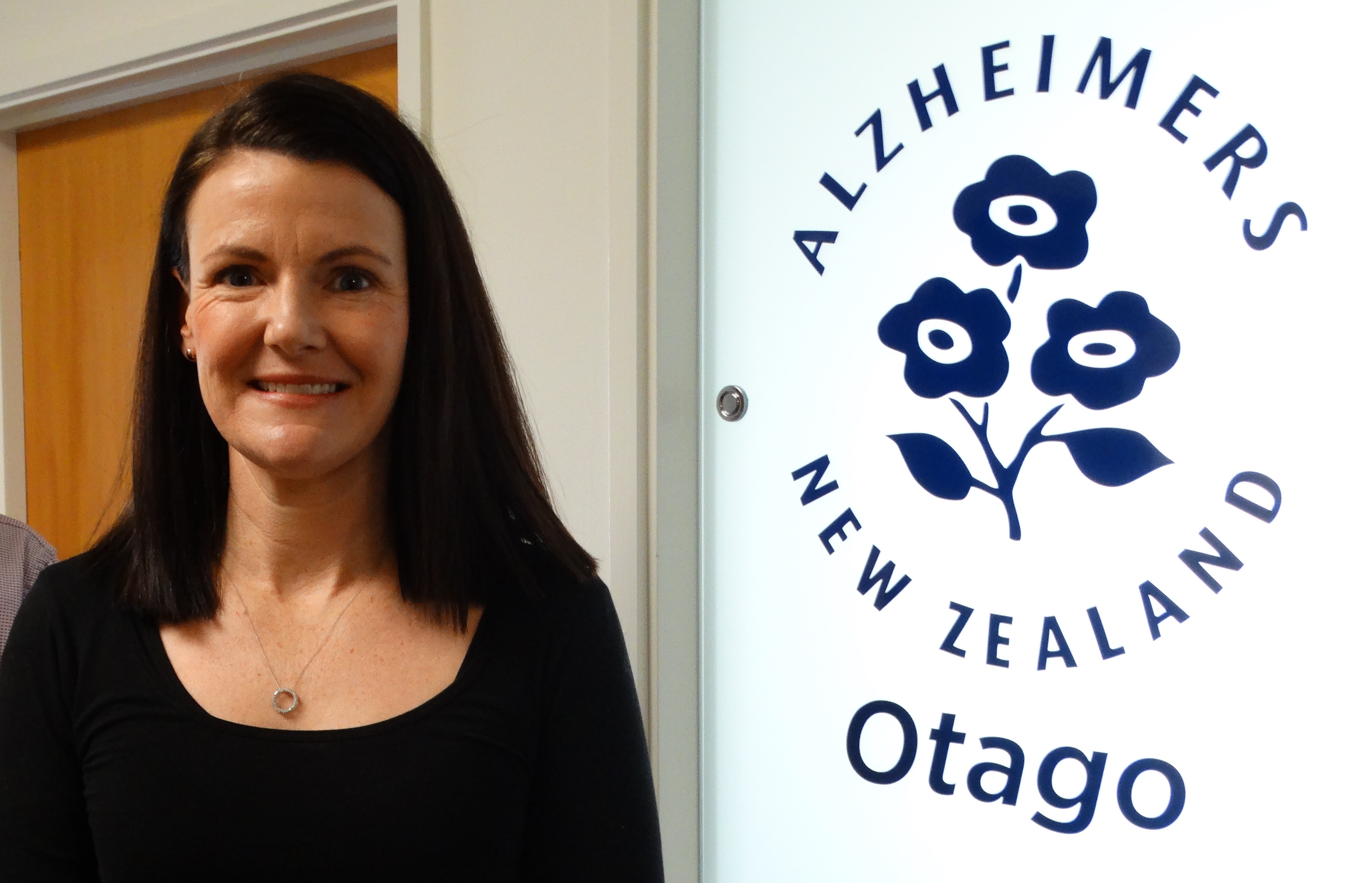 Alzheimers Otago manager Elizabeth Harburg said about six businesses across the region will be involved in the project, which recently received a $15,000 grant from the Office for Seniors. 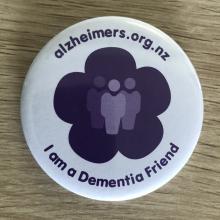 The badge identifying those who have increased awareness of dementia. PHOTO: SUPPLIED
When people were diagnosed with dementia, the aim was for them to continue to live in the community as long as possible, doing such things as shopping, eating out, catching the bus and visiting the library.

It was also important they made arrangements to ensure their legal and financial affairs were in order.

‘‘Wouldn’t it be amazing if when someone with dementia goes to see their lawyer and accountant to make sure everything is in place that the service provider understands their condition and is empathetic?’’ Ms Harburg said.

The project, which is part of the organisation’s vision for a dementia friendly Otago where those with dementia feel valued and safe, was about increasing understanding through staff training. For instance, if someone was displaying unexpected behaviours, staff would learn to appreciate that dementia may be behind that.

The business or service would also be encouraged to look at ways they could alter what they offered clients to make it more dementia friendly.

The training involved would depend on the type of contact involved. Some businesses or services would have short interactions with those with dementia while others might be having regular meetings.

Ms Harburg said the organisation was already in touch with six businesses which it hoped to work with, but any others interested were welcome to contact her on 471-6154.

At an individual level, people could participate in an online programme at www.alzheimers.org.nz/get-involved/become-a-dementia-friend to become a dementia friend.

It took about 20 minutes, and once someone had completed it they would receive a badge or a wristband which they could wear to identify them as a dementia friend, Ms Harburg said.

• Four out of five New Zealanders are affected by dementia in some way.

• New models of care to keep people healthier at home for longer could achieve cost- benefit ratios of 6.6 times the value of investment.