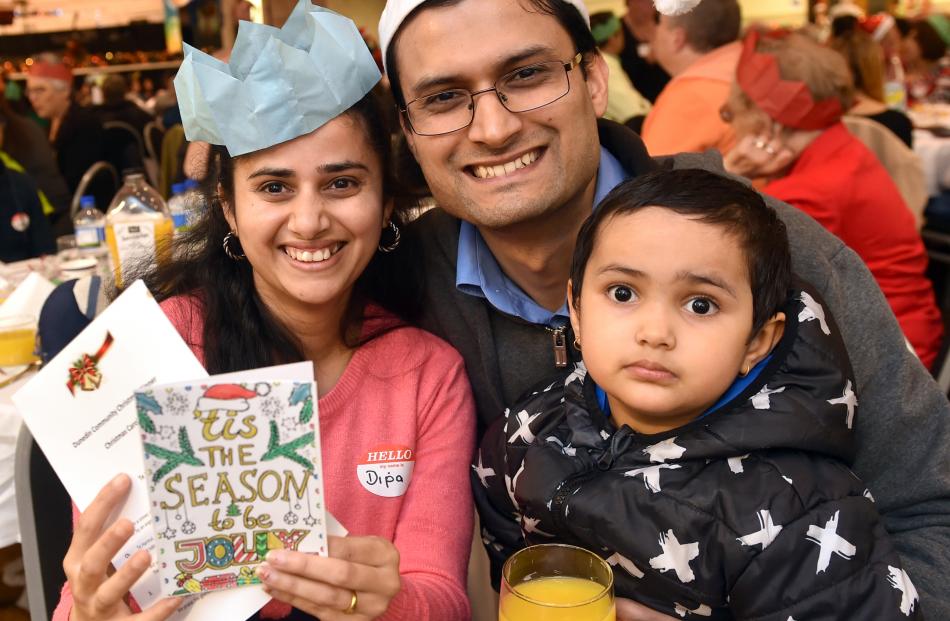 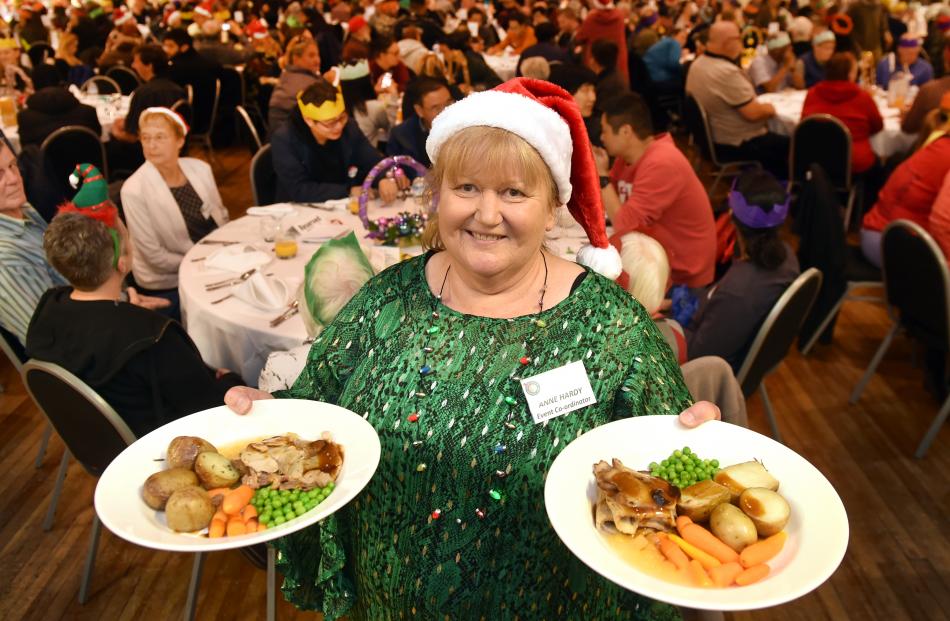 Never having eaten beef or stuffed turkey before, Gaurav Gyanwali was a little anxious about what the staples of a traditional Kiwi Christmas dinner would be like.

"We don’t eat beef or turkey. I’ve never tried them before."

In the spirit of adventure, the young Nepalese man headed into the annual Dunedin Community Christmas Dinner at the Dunedin Town Hall yesterday, saying he was looking forward to giving it a go.

However, beef and turkey were not on the menu. The organisers served a choice of roast hogget or roast pork, which created a whole new issue, because he likes both.

Mr Gyanwali is living in Dunedin with wife Dipa Bhandari and daughter Prapti Gyanwali, while he completes his PhD at the University of Otago’s department of microbiology and immunology.

"We don’t have other family in Dunedin this year. It’s just the three of us here.

"So we wanted to see how Christmas is celebrated in Dunedin.

"We saw that there was a dinner here and we thought it would be a good chance to see and meet new people."

Nepal has a population of more than 25 million, and more than 80% of Nepalese are Hindu.

Mr Gyanwali said, in the past, Christmas was only celebrated by the 1.5% of Nepalese who were Christian.

"But in general, there’s a growing trend to celebrate Christmas, even though Nepal is mainly Hindu.

"It’s the festivity, the sense of festiveness that’s enticing."

The family revelled in the atmosphere and the company of others at the dinner.

Community dinner co-ordinator Anne Hardy said the Nepalese family were among about 500 people at this year’s dinner.

"A big mixture of people come each year.

"It’s becoming much more of an international event, which is wonderful."

Mrs Hardy said it was the sixth dinner run by the Acts of Kindness Charitable Trust at the Dunedin Town Hall.