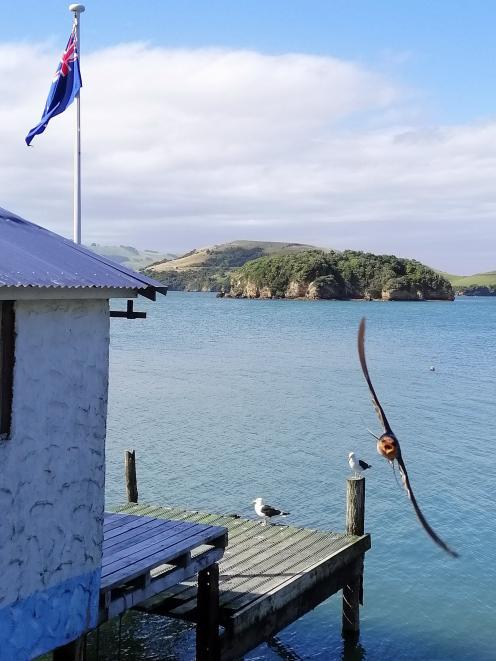 Nadya Zvyagina accidentally captured a dive-bombing swallow in her photo of seagulls in Edwards Bay. PHOTO: NADYA ZVYAGINA
It was like a scene straight out of an Angry Birds cellphone game.

Nadya Zvyagina was minding her own business photographing a couple of seagulls on a wharf at Edwards Bay, on Otago Peninsula, when she was dive-bombed by a swallow.

"If it was carrying a coconut, I’d be a goner for sure."

Photo-bombers have a way of completely destroying great pictures, but the 49-year-old said the plucky little bird actually improved her "previously rather boring shot" and nearly put a feather in her cap — quite literally.

It unexpectedly swooped into her shot and missed her face by a few centimetres — most likely chasing insects, rather than trying to dive-bomb her, she said.

Yesterday, she joked about how the incident had caused her "uncountable future financial losses". 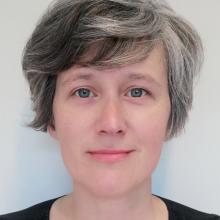 "The blasted snitch has ruined my otherwise perfectly composed, probably multi-award-winning photo of two gulls by the sea, which would’ve probably paid my mortgage.

Fortunately, the experience did not leave her with a chirp on her shoulder.

"Normally, I tell photo-bombers to [get out of the way].

"But I was happy to see it photo-bomb my previously rather boring shot.

"It’s definitely turned it into a memorable photo."