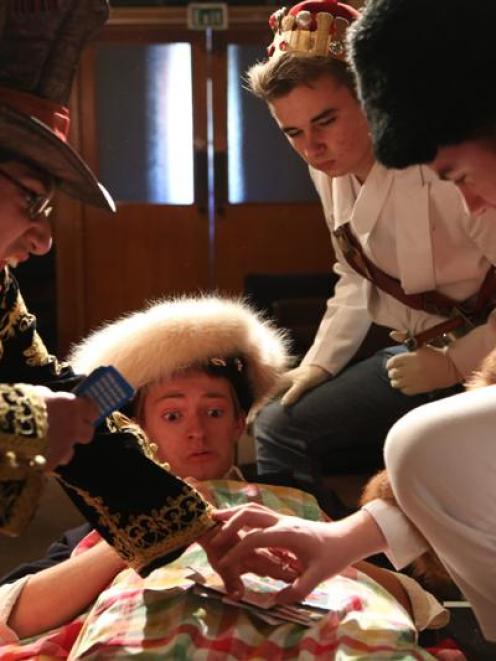 Mrs Mosley, who finished a nine-month spell as president at last Wednesday's annual meeting, said the society had barely been paying its monthly bills this time last year. Now, it has paid off its mortgage on the Fire Station Theatre.

The new president of the society is John McCallum, of Dunedin.

The positions of secretary and treasurer are vacant, and the society is looking for more volunteers.

The society's recent school holiday season of Pirates! Preposterous Pandemonium was a big success, building on the success of Dad's Army earlier this year.

''It is the first time for some years that a school holiday production has been performed and the feedback was all very positive, meaning the society will look at doing this again.

''The cast was made up of both children and adults, including a young couple from France who are currently living in Dunedin,'' Mrs Mosley said.

Pirates played to a full house on opening day, and about 200 people attended during the season.

Dad's Army was the ''catalyst'' that helped turn things around, and the society would look to do something similarly successful in future, Mr McCallum said.