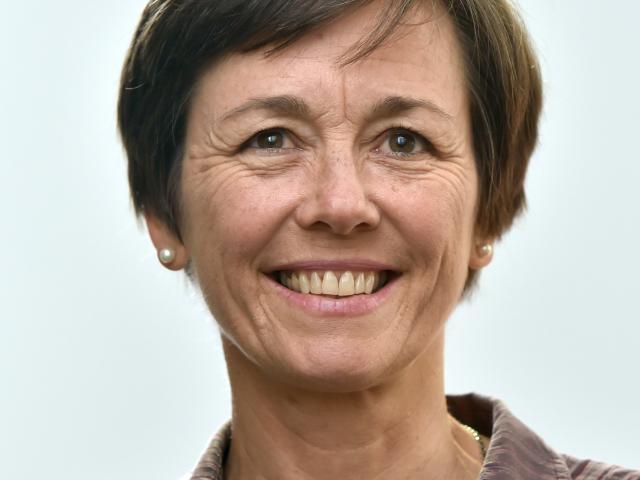 Philippa Harris.
The Dunedin Symphony Orchestra is hoping to be home in time for Christmas, after unexpected delays stopped it from moving into its new performing arts hub.

DSO general manager Philippa Harris said the orchestra had hoped to have shifted from the Carnegie Centre into the new facility in Hanover St by now, but the move had been delayed because the sound-proofing and placement of acoustic panels in the building had taken longer than expected.

''This has not been due to any glitch as such. It's just that it's quite a complicated fit-out with the acoustic panels, etc - and that whole process took quite a long time.''

Ms Harris said the $300,000 renovation was now reaching the end, and it was hoped the orchestra could move in before the end of the year.

She said the community's interest in the new facility had been ''quite astonishing''.

The former Hanover St Baptist Church in central Dunedin, will not just be the new home of the Dunedin Symphony Orchestra.

It will also be a hub for a variety of music and performing arts organisations to put on shows and concerts.

It was hoped the facility would become an integral part of the Dunedin music community, and help to promote all kinds of different music in the inner city.

Ms Harris said the orchestra had been in the Carnegie Centre for about 30 years, but decided to move to the new site because it had outgrown the venue.

The orchestra now had more than 60 members, she said.

As well as a larger rehearsal space, the new venue also has plenty of storage space, room for an office and ground floor access - a combination of features that is hard to find in the central city.