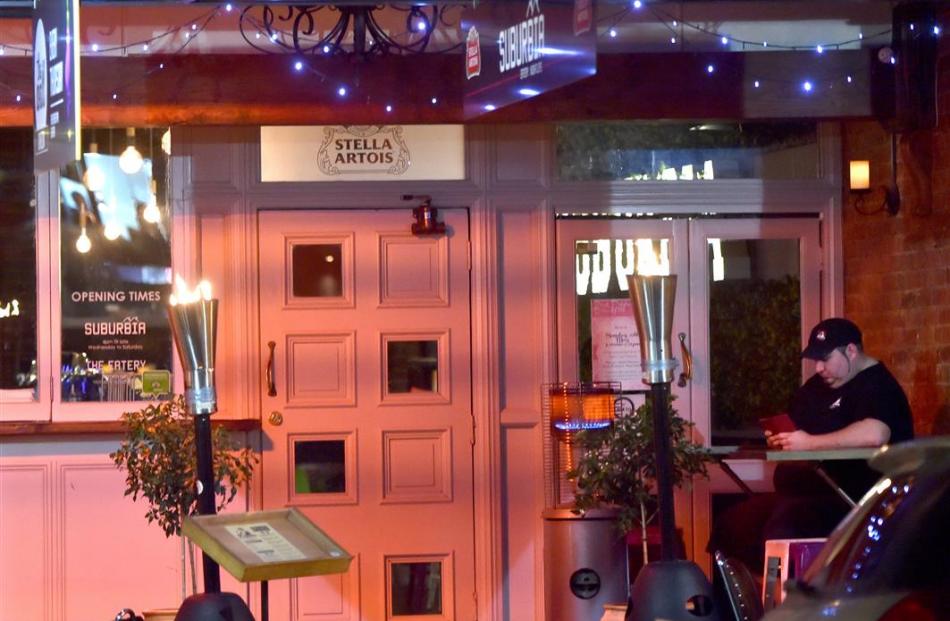 Suburbia is open for business last night. Photo by ODT.

A central Dunedin bar has had its liquor licence suspended after it was found to be dangerously overcrowded last weekend.

The Dunedin District Licensing Committee suspended Suburbia's liquor licence after a request from the Fire Service, which found it packed with 300 people when it was called to a fire alarm activation early on Sunday morning.

This far exceeded the lower Stuart St bar's 160 capacity and the committee's decision stated the Fire Service believed there could have been "numerous crush related injuries and multiple fire fatalities'' had there been an actual fire.

The decision came as a shock to bar owner Ian Lindsay, who said last night he was yet to be informed of the suspension by the committee.

The bar was not overcrowded on Sunday morning and the Fire Service had mistakenly included 100 people who were lining up outside as being inside, he said.

"It's the first time we have imposed it as quickly as this, but we have made it very clear for the last two years health safety is not a disputable issue with us.

"Where the public are deemed to be at risk ... we are going to step in straight away and I make no apology for that,'' Mr Weatherall said.

He was surprised Mr Lindsay had not be informed.

"I clearly understood that it would have been delivered to him late [yesterday] afternoon or evening,'' Mr Weatherall said.

The committee's decision noted concern from the Fire Service about several other issues including. -

● When questioned, the duty manager was unable to state the maximum occupancy, nor estimate how many people were in the premises at the time of the alarm.

● During the search for the cause of the alarm activation (later found to be a damaged thermal detector) two patrons re-entered the premises.

● Staff failed to follow fire evacuation procedures requiring immediate evacuation of the building when a fire alarm is sounding continuously.

The suspension of the licence for the downstairs part of the bar would remain until there was a public hearing or the Fire Service was satisfied the maximum capacity would not be exceeded and staff were fully aware of fire evacuation requirements.

The upstairs part, which operates as a cafe, was allowed to stay open.

Mr Weatherall said a hearing would likely be held in the week following Queen's Birthday Weekend.