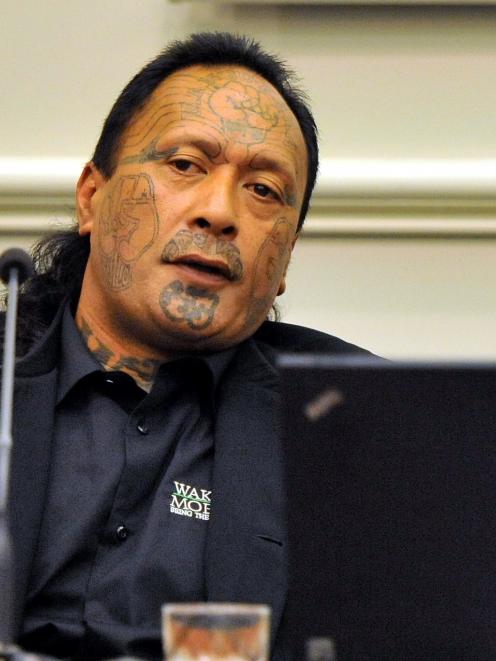 Black Power leader Albert Epere. Photo by Craig Baxter.
After burying the hatchet, the Notorious Mongrel Mob and Black Power are keen to take up a council contract and cut some of Dunedin's grass.

The once warring gangs gave a joint submission at yesterday's annual plan hearings, asking councillors to consider giving them a contract to maintain some of the council's green space.

They also asked for access to City Forests to provide firewood for families who struggled to stay warm during the winter. 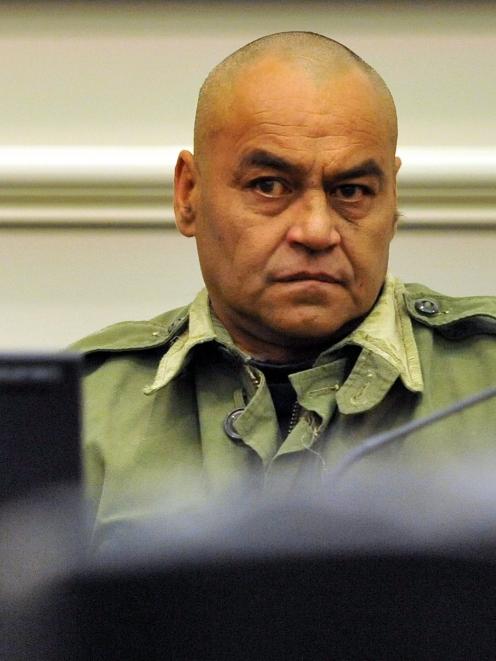 Mangu Kaha (Black Power) leader Albert Epere said the plan was aimed at helping up to four people into employment.

''We have all had colourful histories and we are just trying to change things, to be part of the community.''

Given their histories it was ''understandable'' people did not want to employ them, but the council was in a position to change things.

Mr Epere said doing work for the council's Taskforce Green, after being unemployed for 25 years, made him see the value of having a job.

Speaking about his former life of crime, he said: ''I don't do that business [any more].''

Notorious Mongrel Mob spokesman Paddy Mason said Dunedin was in a ''pretty unique situation'' having the two factions ''together''.

The ''times had changed'' and both sides were keen to make Dunedin ''a better place for everyone''.

The submitters were keen to thank the council, particularly Mr Cull and previous Dunedin mayor Peter Chin, for helping them move in a new direction.

This started in 2008 when Mr Chin initiated dialogue with Black Power and this year dialogue also included members of the Notorious Mongrel Mob.

Mr Cull said it was ''really exciting'' to see the two groups, which were ''normally at each other's throats'', coming together.

He could not say immediately whether they would get the contract, but said their plan was ''positive'' and urged them to discuss the idea with council staff.

Cr John Bezett said the submission was ''very good'' and the plan could be taken ''to the next level'' after discussion with staff.