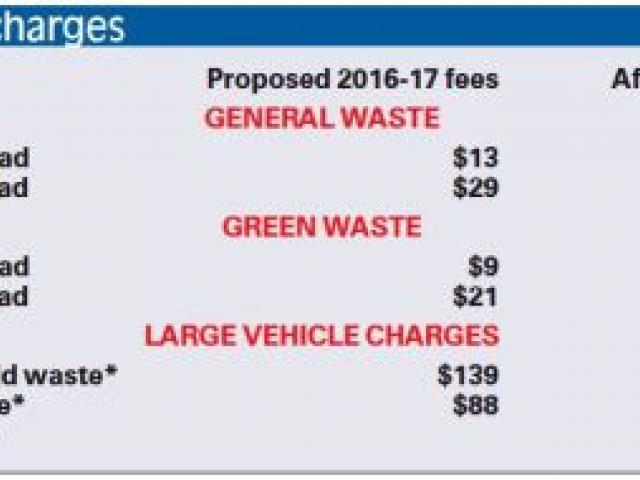 Dunedin landfill fees could increase by up to 20% as a result of planned changes to the emissions trading scheme.

The potential cost to landfill users was brought up at yesterday's city council community and environment committee meeting, where the council's submission on the Government's review of the ETS was discussed.

The changes being mooted as part of the Government review included doubling the amount of New Zealand emission units councils need to pay on emissions from landfills by removing a 50% subsidy.

A council report estimated the change could cost the council up to $981,880 per year, and if the costs were passed on to customers, landfill fees would increase by between 10% and 20%.

Council water and waste group manager Laura McElhone said costs for the council would ‘‘undoubtedly'' be increased, but the exact amount was uncertain.

She said a paper to be tabled at annual plan hearings would give councillors the option of passing all the costs to landfill users. This was the default option, as the council operated landfills based on the ‘‘user pays'' principal.

Councillors could also consider meeting the costs in other ways.

Mayor Dave Cull asked if all of the costs of running the Green Island landfill were covered by fees.

‘‘It is certainly consistent with the user pays [principle] but it will not be liked or even understood by members of the community.

‘‘It would be very useful to inform the community transparently about where the costs lie and certainly that this extra cost is not something that we have generated. It's imposed by central Government.''

Councillors supported a submission drawn up by staff calling on the Government to stage the change over three years, starting in 2016.

A staff report said if the change came in all at once, the resulting ‘‘price shocks'' could result in increased illegal dumping.

Discussion later focused on an amendment proposed by Cr Aaron Hawkins calling on the Government to add all industries, including agriculture, to the ETS.

After an at times heated debate the amendment was approved.

Mr Cull, Crs Hawkins and David Benson-Pope said it was unfair for the burden of the ETS to be placed on some - including the council and ratepayers - and not others.