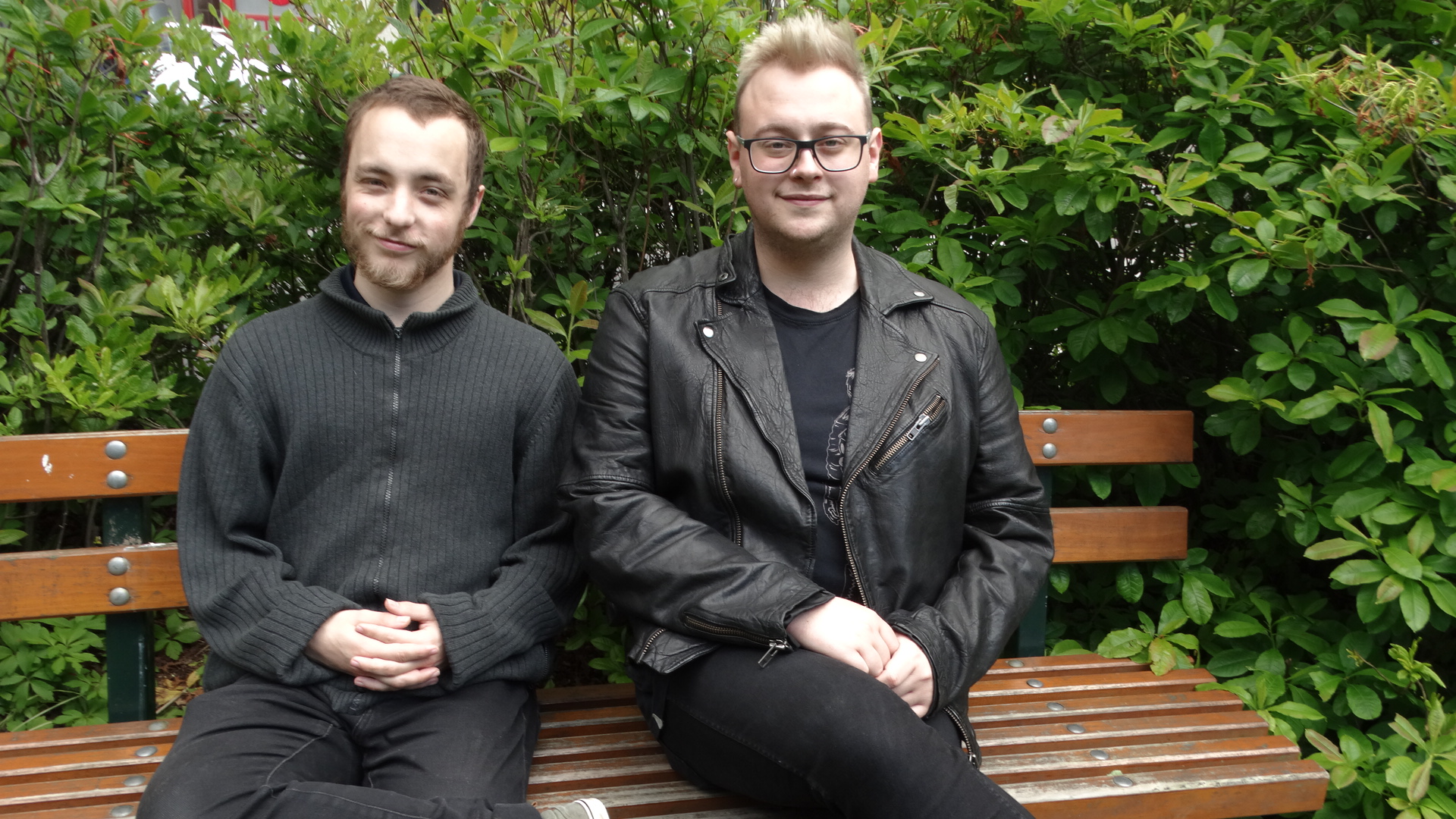 Young Dunedin directors Shaun Swain (left) and Jordan Dickson have been chosen to be the inaugural class of the prestigious Directors’ Program in Auckland. PHOTO: BRENDA HARWOOD
Two Dunedin theatre practitioners have been selected as the first students in a prestigious, national directing course.

Jordan Dickson and Shaun Swain will leave for Auckland in the New Year to take up places with The Directors' Program - an entirely practical stage and film directing course, mentored by leading New Zealand actors and directors.

The inaugural directors' course is under the umbrella of The Actors' Program, an independent, industry-focused programme, established seven years ago.

Both graduates of the University of Otago, Dickson and Swain have been very active in local theatre, including at the Fortune Theatre.

Dickson directed several pieces and developed the Fortune Family Season, while Swain performed in Shakespeare's Twelfth Night and spin-off show What You Will last year.

Both are past recipients of Dunedin Theatre Awards Emerging Talent gongs.

To earn their places in The Directors' Program, they each went through a rigorous practical audition and panel interview, and are excited to have the opportunity to receive such high-level mentoring.

"They only take 16 actors and we are the first two directors, so it will be a very intensive programme, highly tailored to our needs and goals,'' Dickson said.

The pair will work on theatre projects in Auckland theatres, and with actors involved in The Actors' Program.

"I think it is quite a coup for the city that, after scouring the whole country, they have selected two directors from Dunedin.

"And it signals that the organisations in this city are working really hard to foster our emerging talent.''

The process of being accepted to the course had been fast, since the auditions in October and November, and Dickson and Swain each need to raise $11,000 for course costs by the end of January.

"It's going to be a busy time, to move to Auckland, try and find work to support ourselves, and also to raise the funds for the course,'' Swain said.

Along with running a Givealittle page, Swain and Dickson have written and are producing two fundraising farewell shows.

Prince Charming is a gender-flipped fairy tale for the whole family, written by Swain and directed by Dickson, which will be staged from December 17 to 22 at the New Athenaeum Theatre.

Adult show Santa Claude, co-written by Swain and Dickson, is a twist on favourite Christmas characters and will be staged at Stilettos from December 13 to 15.

"It will be nice to create these shows with the actors we have worked with a lot over the years - it's a great way to go out,'' Dickson said.