Dunedin reservoir out of action after huge blaze

0 Comments
The huge fire that ripped through more than than 4500ha of land in the Deep Stream area of Otago has been contained, but Dunedin residents are being asked to continue to conserve water.

One of two important reservoirs for Dunedin, the Deep Stream catchment, has been affected by the fire and is now out of action, the Dunedin City Council confirmed on Sunday. The other, Deep Creek, appears to be unaffected.

The fire began at the edge of Te Papanui Conservation Park on Old Dunstan Rd near Middlemarch  just before 11am on Saturday and has burned 4664ha of remote tussock and scrub.

At its height, 11 helicopters with monsoon buckets and four ground crews were used on Saturday to tackle the blaze in high winds. Rain and low cloud helped suppress the fire overnight.

At a media briefing on Sunday afternoon, Dunedin mayor Aaron Hawkins praised the efforts of fire crews and said the rain had helped the situation.

"Thanks to the great efforts of Fire and Emergency personnel, and the very welcome rain, we can be pretty confident one of Dunedin’s key water catchments - Deep Creek - is unaffected by the major fire in the Lammerlaw ranges.

“We should have formal confirmation of this tomorrow and then we can resume taking water from Deep Creek. This means we can continue to supply safe drinking water to all Dunedin residents." 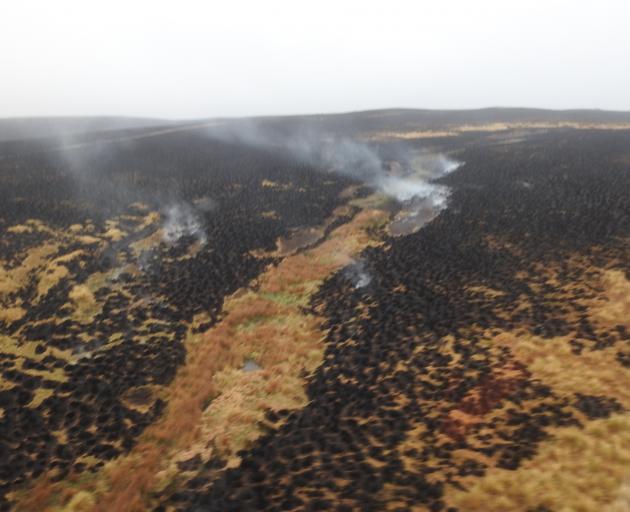 Some hotspots continued to smoulder on Sunday. Photo: Fire and Emergency.
About 1100ha of the land is managed by the Department of Conservation and most of the rest is owned by the Dunedin City Council. A small amount of land, including the Meridian wind farm, is in the Clutha District.

Mr Still said the fire spread very quickly due to the strong winds and warm temperatures, which made it challenging for the helicopters and ground crews as there was no vehicle access.

Winds were gusting up to 100kmh, which made it impossible to put resources in front of the fire front for most of the day.

However the weather changed overnight, with 15mm of rain falling from about 1.30am  on Sunday and low cloud persisting for most of the day.

Mr Still said they had saved one home and prevented damage to the wind farm. One shed was known to have been destroyed.

It is not possible to confirm whether any other structures have been damaged until conditions improved enough to allow aerial inspections to resume.

When conditions improve, ground crews would begin to tackle hotspots which were still smouldering - work which Mr Still said could be prolonged.

The conditions were challenging, and a red alert was put out by Fire and Emergency New Zealand on Friday warning people of the risk of fire in the area, Mr Still said,

A fire investigator was due on site on Monday to establish the cause of the fire.

“We don’t have any information about possible causes at this stage. We’re keeping an open mind." 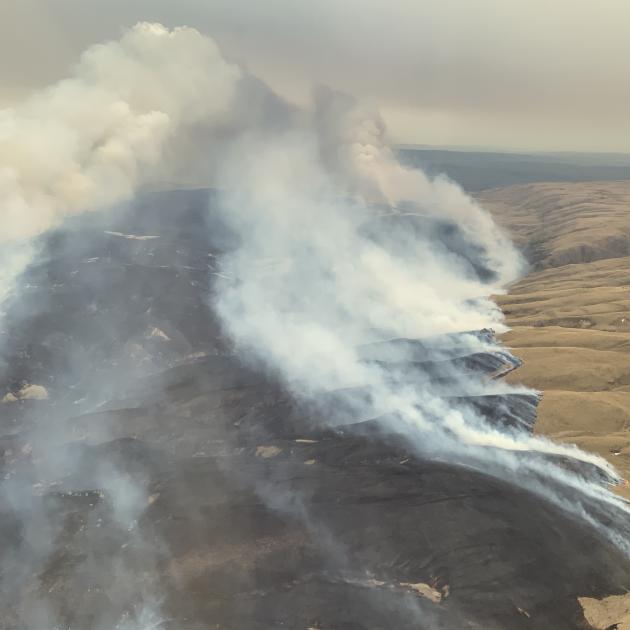 The fire near Middlemarch spread rapidly in hot, windy conditions, burning through 2700ha of tussock and scrubland on Saturday. Photo: supplied

CONSERVE WATER, RESERVOIR OUT OF ACTION

The Deep Creek catchment appears to have escaped the fire, the DCC said on Sunday, but residents are being asked to continue to limit their water use.

The fire burnt through about 75% of the Deep Stream catchment (approximately 3500ha), meaning water cannot be taken because it will be contaminated by ash and a small amount of fire suppressant chemical.

Dunedin has multiple sources of water, but Deep Stream and Deep Creek are strategically important to the city as they can supply all suburbs.

Council staff are assessing the best ways to manage the city’s overall water supply in the medium term.

The fire began about 11am and has burned through about 400ha of remote tussock and scrub. Photo: Gerard O'Brien

The 21,000ha Te Papanui Conservation Park is managed by the Department of Conservation  as a "remote experience area" and was opened in 2003.

The area is special as it is one of high ecological value, protecting a large intact indigenous tussock grassland area, according to Doc's website.

Though open for all sorts of activities - from walking to horse trekking, mountain biking and hunting - fires are banned due to the vulnerable grassland and ecosystems. 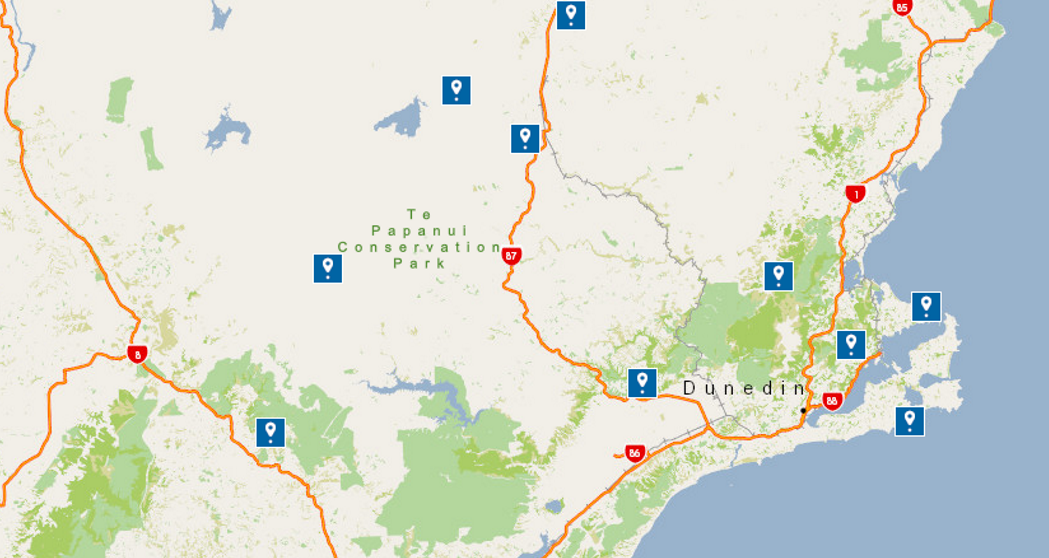