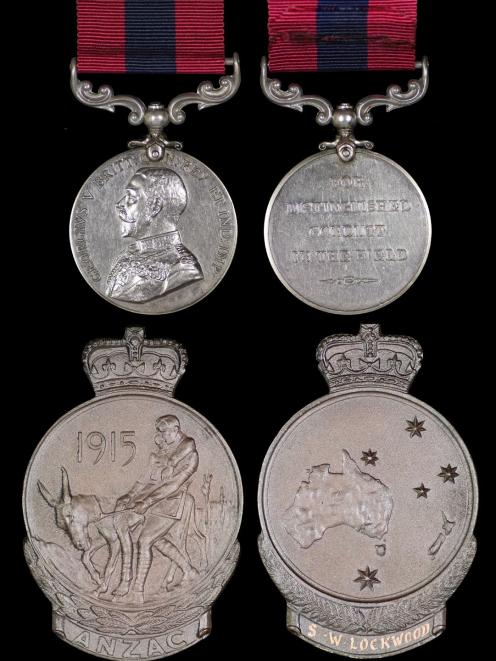 The WW1 Distinguished Conduct Medal, awarded to the late Sergia Wesley Lockwood, of Dunedin. PHOTO: SUPPLIED
A rare World War 1 medal, awarded to a Dunedin man for courage and determination under heavy enemy shell fire, has fetched $650 more than the asking price at a recent auction.

"The medal to Sergia Lockwood sold for $1850, well above the estimate of $1200," Mowbray Collectables coins, banknotes and medals director David Galt said.

Mr Lockwood was born in Tasmania, and was a clerk when he enlisted in the Australian Army in 1914.

After the war, he returned to Australia, married, then emigrated to Dunedin.

During World War 2, he enrolled in the New Zealand Army as a second lieutenant and was posted to the 4th Battalion in the National Military Reserve.

Mr Galt said the medal was owned by prominent Otago military medal collector, the late Brian Connor, whose collection was auctioned along with those of other collectors.

Many of the Connor medals in the auction were awarded to Otago residents, and some of them dated back to the 19th century.