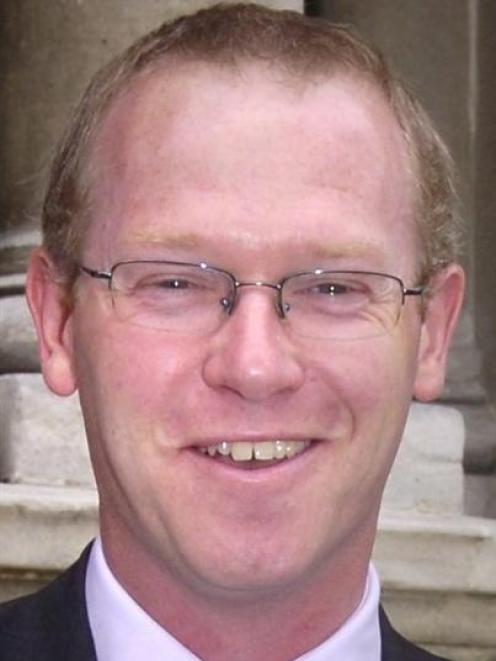 Darren Burden.
Dunedin Venues Management Ltd has named one of its own to take over from departing chief executive David Davies.

The company's operations director, Darren Burden, was yesterday named as the successful candidate from more than 100 applicants - 90 from overseas - to take over as chief executive.

He will begin his new role on September 24, freeing Mr Davies to return to his family in the United Kingdom in time for Christmas.

Mr Burden would not be interviewed yesterday, but issued a brief statement saying he was "hugely excited" by the opportunity.

"I look forward to working with the board and am grateful to David for the great work he's completed, creating a sound platform for me to take over from."

Mr Davies said when contacted he was "delighted" to see Mr Burden succeed.

"He's been with me all the way through, and I'm absolutely delighted that he's got it. I couldn't be more pleased."

Details of the "transition" to Mr Burden were still being worked through.

Mr Davies announced in May he was to resign, but said at the time he would remain in Dunedin until March next year.

"I want to be home as quick as I can. I want to be reunited with the family," Mr Davies said yesterday.

"But my dearest wish is obviously to make sure that Darren is bedded down as well as I can, so when I leave he's got as good a chance as he can to get across all the issues that are involved."

His departure would leave Mr Burden with big issues to tackle, including finding ways to improve the company's profitability, after it recorded a $1.9 million loss in the first six months of the 2011-12 year.

He could also face big changes to the venue's operation, once a review of DVML and the stadium's operation, launched in the wake of the poor financial result, was completed by Dunedin City Holdings Ltd.

DVML deputy chairman Peter Stubbs would also not be interviewed yesterday, but in a statement said the appointment was the result of the "very thorough" recruitment process.

The interest in the role from overseas showed the awareness of the stadium internationally, he said.

Mr Burden, originally from England, has been involved with the stadium project since 2007, playing a role in its planning and construction and establishing operations, the company's statement said.

He was also involved in overseeing the redevelopment of the Dunedin Centre complex, including the town hall, in time for its reopening next year.

Mr Burden, who is married with two daughters, has a bachelor of science degree with honours from the University of Greenwich, and an MBA from Reading University. He worked in London as a project director and surveyor before coming to New Zealand.