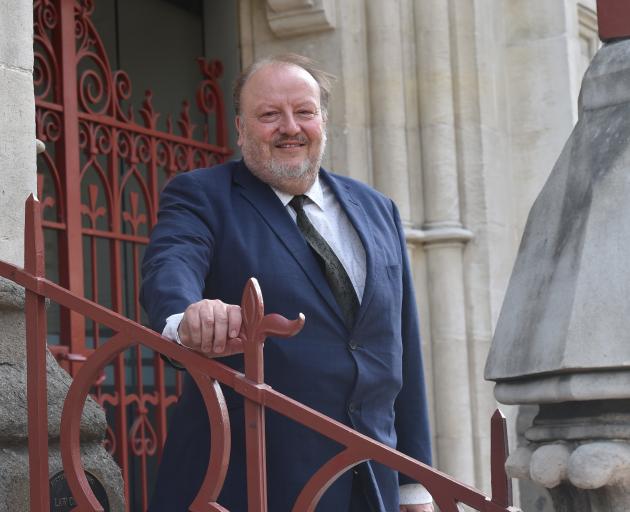 Len Andersen QC will be formally appointed a Queen’s Counsel at a ceremony in February. Photo: Gregor Richardson
Most little boys want be astronauts, or maybe All Blacks.

Len Andersen was a bit different.

A few decades on, the Dunedin barrister, who has been practising for 44 years, continues to live his boyhood dream.

He was recently appointed as Queen’s Counsel by the Attorney-general David Parker — one of only eight around the country and the only one in the South Island this year.

Mr Andersen started his career in Whakatane and came to Dunedin in 1991 where he has built a reputation as a versatile practitioner, highly skilled in multiple areas of law.

He said the news of his appointment had prompted a flood of calls and emails from colleagues and former students he had taught over the years at the University of Otago.

It was almost unsettling to get such a swell of congratulatory contact.

“You spend your life arguing with other lawyers and judges deciding for or against you. When something like this happens, it’s really very pleasant,” he said.

While the honour of becoming a QC was obviously a personal triumph, Mr Andersen said the glory should be shared with all those working in the profession in the city.

“It’s recognition of the whole legal community in Dunedin,” he said.

“The reality in law, like in anything else, is you can only be seen to be really capable if you’ve got good opposition.”

Taking silk was not, Mr Andersen said, an invitation to wind back his workload.

He hoped it would attract “more significant and difficult work” and took his responsibility to mentor less experienced members of the profession seriously.

“Law has become less personal. People used to be down at court regularly to see the top performers of the day and learn from them. Now more and more work in law, like everything else, is done in front of your computer,” Mr Andersen said.

Despite four successful decades in law and the recent accolade, he swiftly knocked back any talk of retirement.

“I think one of the reasons people retire is that they’re sick being told what to do by other people. One of the beauties of being a barrister is you don’t work for anybody else and essentially you’ve got absolute control over how long and how hard you work,” he said.

“If I stopped doing this, I think I’d become very bored.”