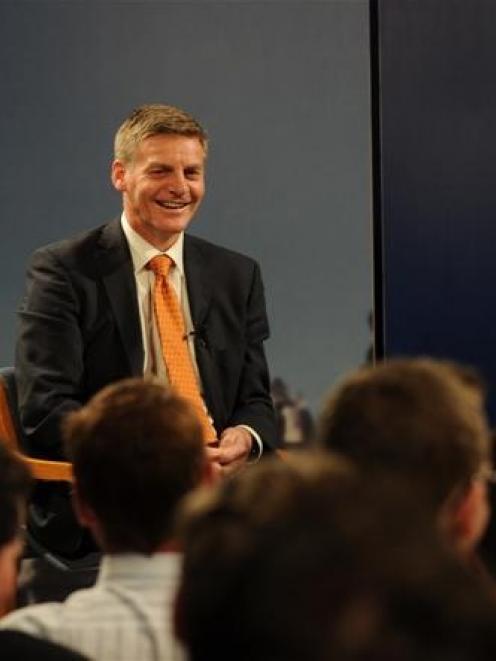 Speaking at Otago University Vote Chat, hosted by Bryce Edwards, Mr English said the Occupy Movement, particularly in New Zealand had a wide range of objectives including the end of capitalism.

While he believed calling for the end of capitalism was wrong, he supported the ideal that financial risk-takers should be responsible for the consequences of bad investments.

The issues driving the Occupy Wall Street movement were well understood and there was discussion about what to do about them.

New Zealand was moving in the direction of making the banking system "more boring but safer", he said.

So far, the financial system had allowed people to take risks which, if they worked, allowed those investors to pocket large profits. But if they failed, taxpayers were left picking up the loss.

"That is bad economics, bad politics and should change. You can't take outlandish risks and expect the taxpayers to pick up millions of dollars of losses."

The previous Labour administration had introduced a retail guarantee deposit scheme which had seen this Government cover about $2 billion of losses from financial companies.

By the end of this year, New Zealand would be one of the few countries in the world that would have no financial guarantee backed by the taxpayer, Mr English said.

Asked by Dr Edwards whether he would be prepared to talk to the Occupy Movement in Dunedin's Octagon, Mr English said he would, but the discussion would need to be around what would replace capitalism if it ended.