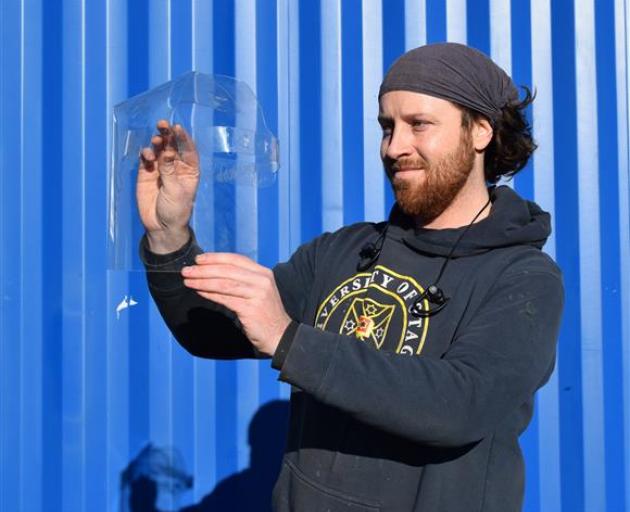 The 3D printed masks were “brilliant” but they were made from several materials and took an hour-and-a-half to create.

To create more masks, the project changed to design a “KiwiShield” – a laser-cut face mask.

A KiwiShield was better because it was lighter, provided better protection by also shielding the top of the head and could be created in 90 seconds.

A KiwiShield was made from one material – polyethylene terephthalate glycol – which could be cleaned easily and assembled in 20 seconds.

Anyone could download the KiwiShield’s design for free, he said.

The design had been downloaded more than 10,000 times worldwide since it was launched and it continued to be downloaded up to 50 times a day, he said.

He had received positive feedback from KiwiShield users across the world including India, Israel, Italy and the United Kingdom.

He had seen images of people wearing KiwiShields ranging from dentists in Canada to soldiers in Peru.

To try to recoup some costs of designing the shields, he had launched a website – www.kiwishieldppe.com – to sell the face shield.

Money had never been a motivating factor for the project, he said.

“There were people at risk and you want to do what you can to be helpful.”